The world of cooking is full of exciting spices that can be used in various foods. Whether you’re looking to cook a meal for your family or want to experiment with something new, it’s good to know what spices are available and which ones work best with specific dishes. That’s why we’ve compiled a list of the most popular types of spices and what they go well with!

Paprika is a spice that adds flavour and colour to many dishes. Paprika is made from dried red peppers, specifically the paprika chilli. The most common type of paprika is sweet, which has a slightly smoky taste and distinctive deep-red colour.

The word paprika comes from the Hungarian “paprikás”, meaning “pepper sauce.” Paprika can be smoked, sweet, or hot depending on the variety of pepper used to make it.

Cayenne pepper is a spicy, red chilli pepper that is typically dried and ground into a powder. It’s used for cooking and as an ingredient in many dishes, including curries, soups, stews, and hot sauces. If you’re unsure of how much to use in your recipe, start with 1/4 teaspoon per person; but if you like it spicy, add more!

Ginger is the root of a plant that produces zesty, spicy flavours. It can be used in stir-fries, soups, and desserts.
It’s important to note that fresh ginger is more potent than ground ginger because the flavour compounds are not fully released during the grinding process.

Ginger is a spice that has been used for hundreds of years. It’s commonly found in Chinese cooking, where it provides flavour without adding heat or spiciness.

One of the most common ways to enjoy ginger is when combined with other spices such as cinnamon and cloves in a dish called “ginger beef”.

Ground ginger is a common ingredient in many Asian dishes. It’s used to add zing to stir-fries, curries and other soups and stews.

Ground ginger is a spice that has been used for centuries in Asian cooking. One of the most popular ways to use ground ginger is by mixing it with water and honey and using it as a marinade for meat.

Cinnamon, the most common spice used for cooking today, is a sweet and spicy seasoning that can be sprinkled over all types of dishes. It’s also great for tea, coffee, or hot chocolate! Cinnamon has been used as a spice since ancient times to flavour meats and desserts.

The flavour profile of cinnamon ranges from sweet to spicy, and it can be found in many cuisines around the world. It’s often used to flavour desserts like apple pie or gingerbread but also makes an excellent addition to savoury dishes such as curries and stews when paired with other spices like cumin, cloves, cardamom or coriander.

The first documented use of cinnamon dates back to Ancient Egypt in 2000 BC, where it was used as an embalming agent during the mummification process. In 16th century AD Spain, people would use cinnamon on their breads and pastries.

The spice nutmeg has been used for centuries in baking and desserts, but it’s also a key ingredient in savoury dishes like risotto. It is known to add extra flavour to any dish and can be added at the start of cooking or as a finishing touch.
Nutmeg is harvested from the dried seed of an evergreen tree native to Indonesia, which must ripen for up to two years before being chopped down by hand. The trees require special care throughout their lifespan because they cannot survive drought conditions and need high levels of humidity year-round.

Coriander is a spice that has been used for centuries in cooking, medicine and ritual. Its most common use is in Indian cuisine, but it’s also popular in North America, where it’s called ‘cilantro.’ To crush the seeds, you can use a mortar and pestle or an electric coffee grinder.

Ground coriander is a great spice to cook with because it has such a fantastic flavour and is so versatile. It can add warmth and depth to dishes but also be used as a finishing spice if you want something zesty.

Cumin is a spice that has been used by many ancient cultures, and it’s still a staple in kitchens around the world today.
The cumin plant provides seeds that are dried and ground to be used as an ingredient in many different dishes. It has a warm aroma with earthy undertones, which makes it perfect for spicy dishes like chilli, curries, or even soups!

Turmeric is a vibrant spice that has been used for thousands of years. The benefits of cooking with turmeric are numerous. When cooked, the flavour is milder and sweeter than raw turmeric.

Turmeric has a long history of being used in Indian cooking and is now becoming more popular in Western cuisine. It’s not just for curry anymore!

The reason turmeric has such an intense colour is that it contains curcuminoids, which are yellow-orange pigments found in the spice.

Pepper has been used as a spice for cooking and cuisine since ancient times. It was originally found in Southeast Asia, but it is now cultivated in many countries around the world. There are three main types of black pepper: green, white and black peppercorns. The type you use will depend on what kind of dish you want to make or how spicy you want your food to be!

Black pepper is a spice that can be used for many recipes and provides an excellent flavour when combined with other spices.

Pepper is one of the most widely used spices in the world, and it’s often found on tables at restaurants around the world.

You may want to start by adding some black pepper into your mashed potatoes or maybe even throw a few pinches into your eggs while they’re frying up for breakfast.

What’s your favourite spices to cook with? Let me know in the comments! 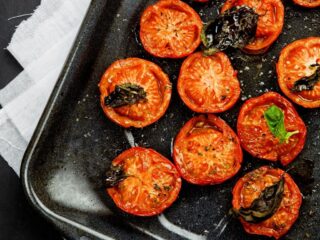 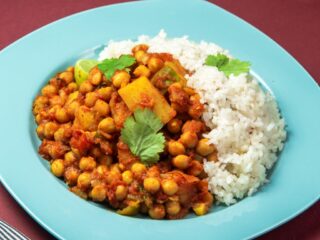