Home » Recipes » How to Make Brown Bread – An Easy Recipe! 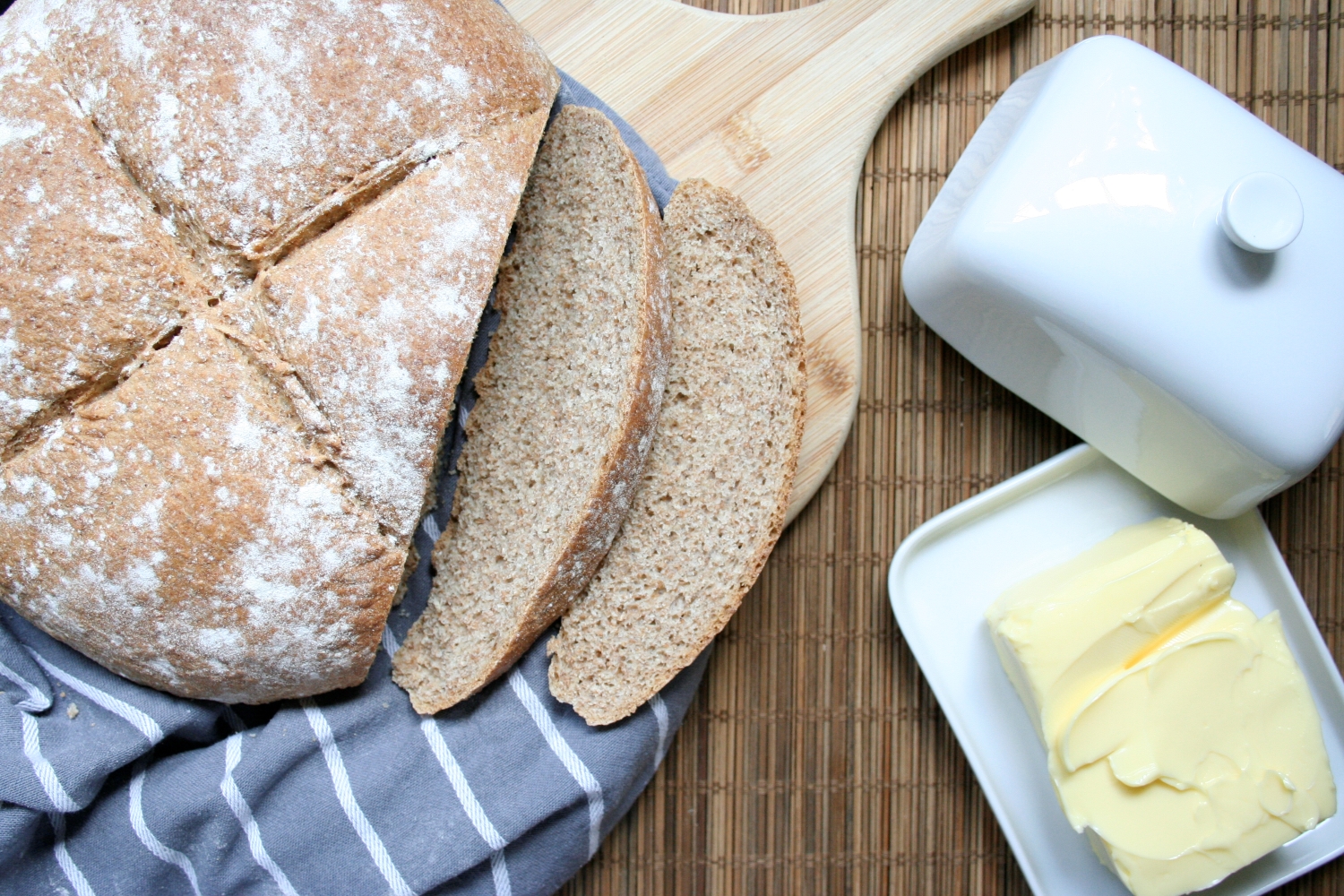 Nothing beats the smell and taste of freshly baked bread…

Baking your own bread is very rewarding, and is a must-do for all budding bakers.

The same principle applies to naming breads. In this recipe, we used wholemeal bread flour with some white bread flour too (but this could be substituted for brown bread flour, if you can find it).

This is a brown bread, as it still has some white flour in it. This makes the dough easier to work with, and to make it rise more effectively, as the white flour has a lot more gluten than the wholemeal flour. 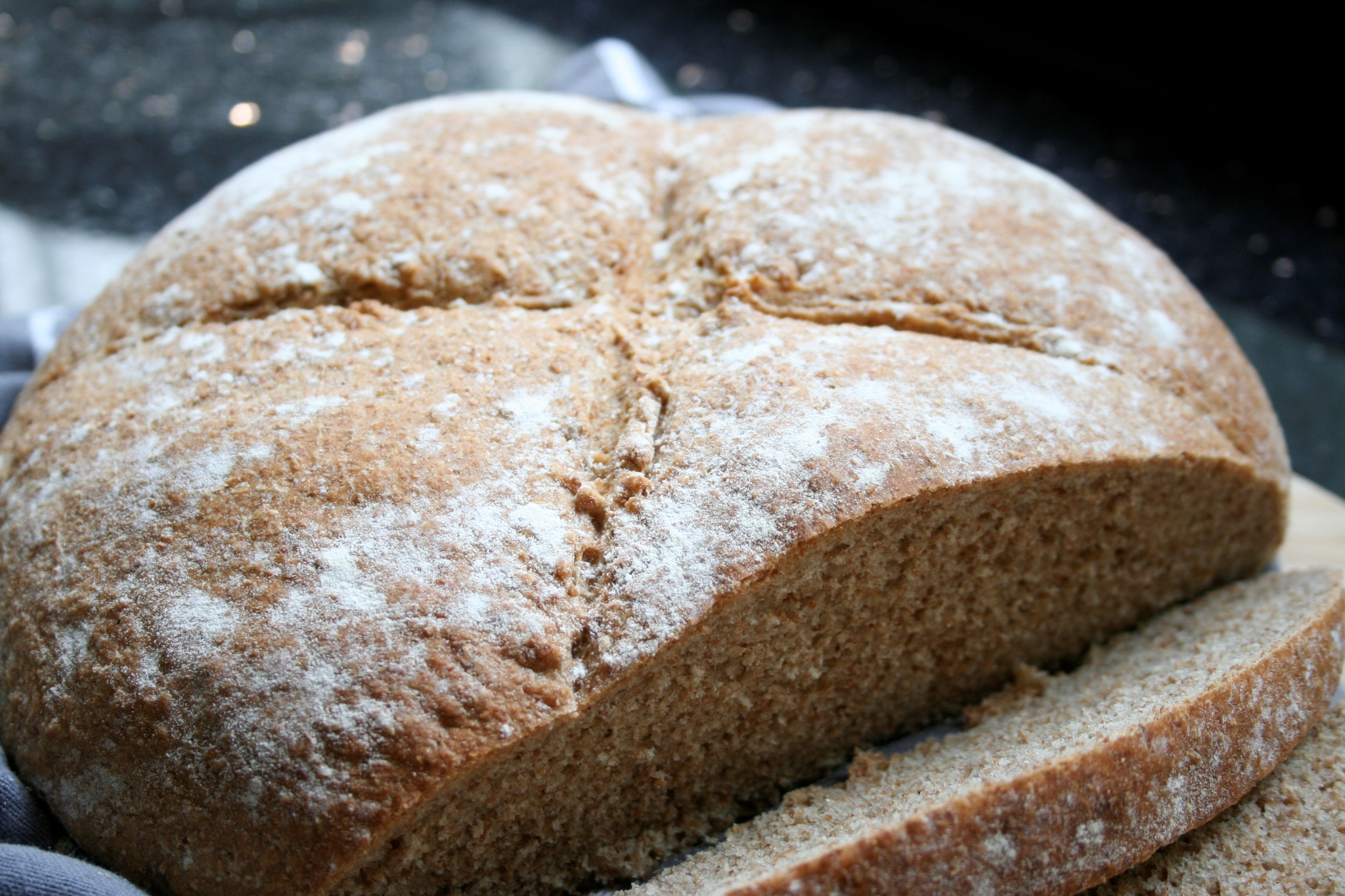 Start by melting the butter in the microwave in a medium-sized bowl. Mix with the sugar and warm water. 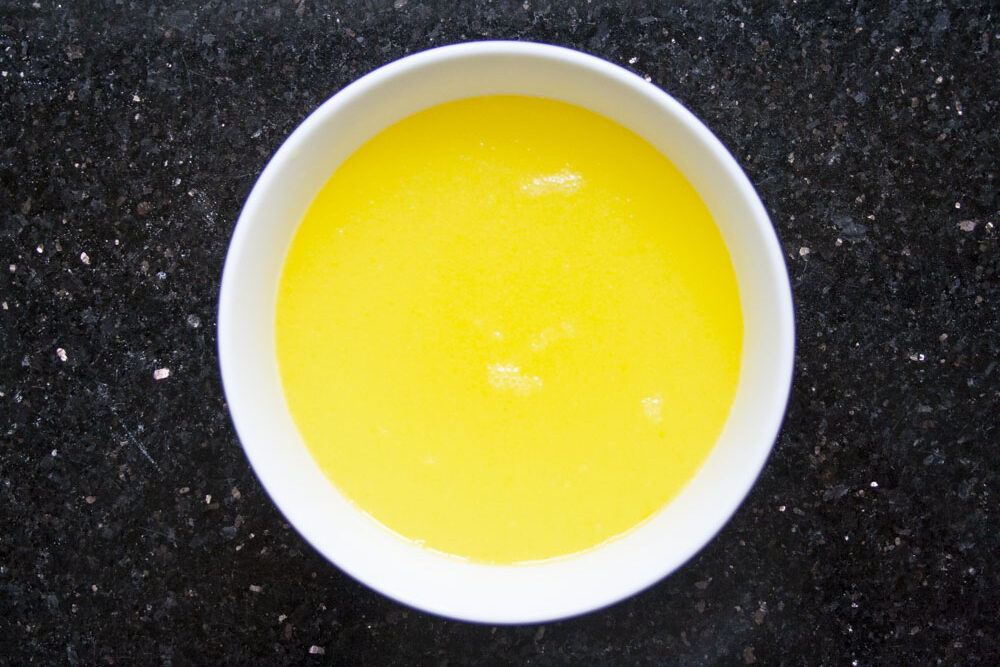 In a large mixing bowl, mix the wholemeal and white flours, salt and yeast. Form a well in the centre. 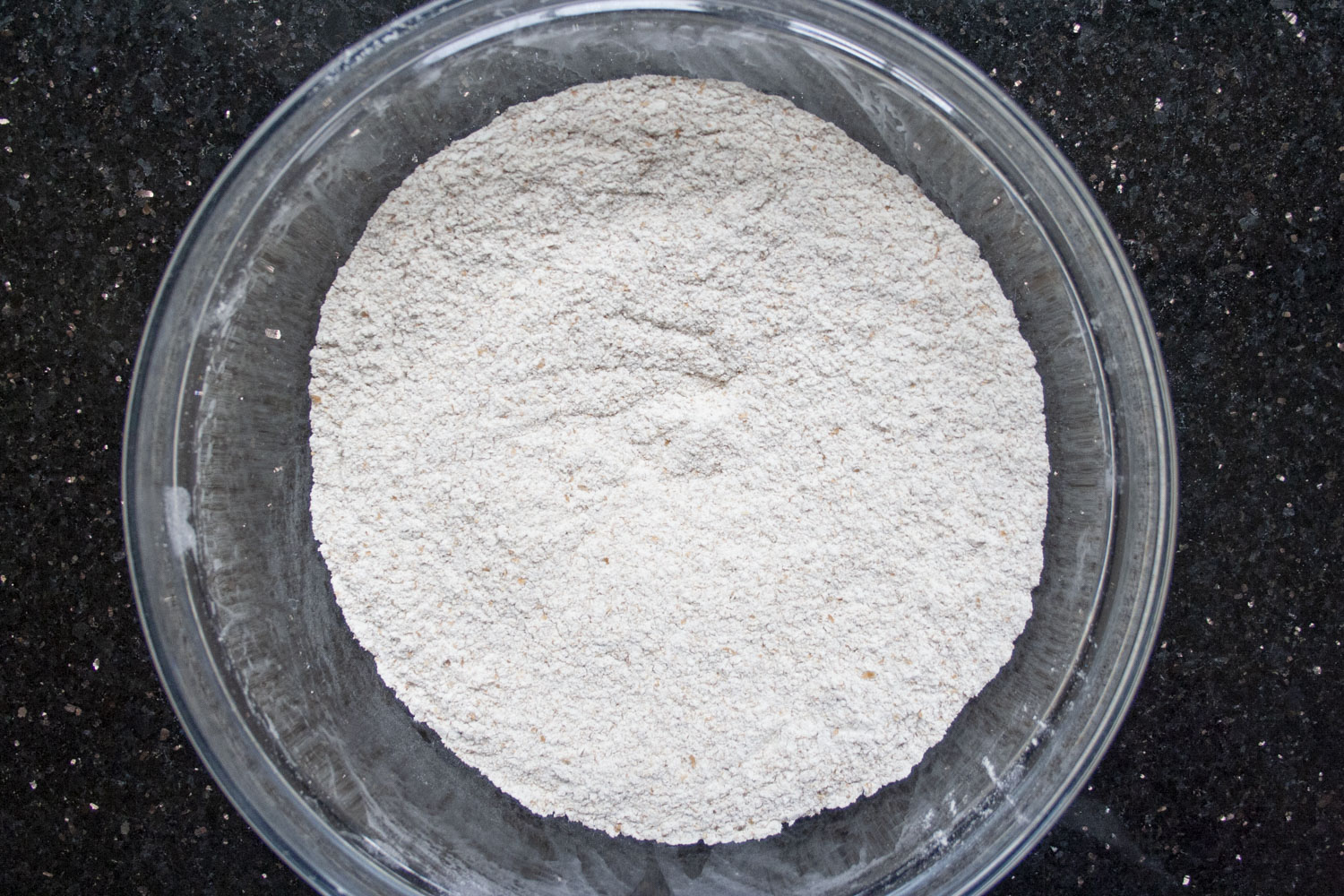 Pour the butter mixture into the well, and stir with a wooden spoon to incorporate it into a rough dough, using your hands when it becomes too doughy to stir. 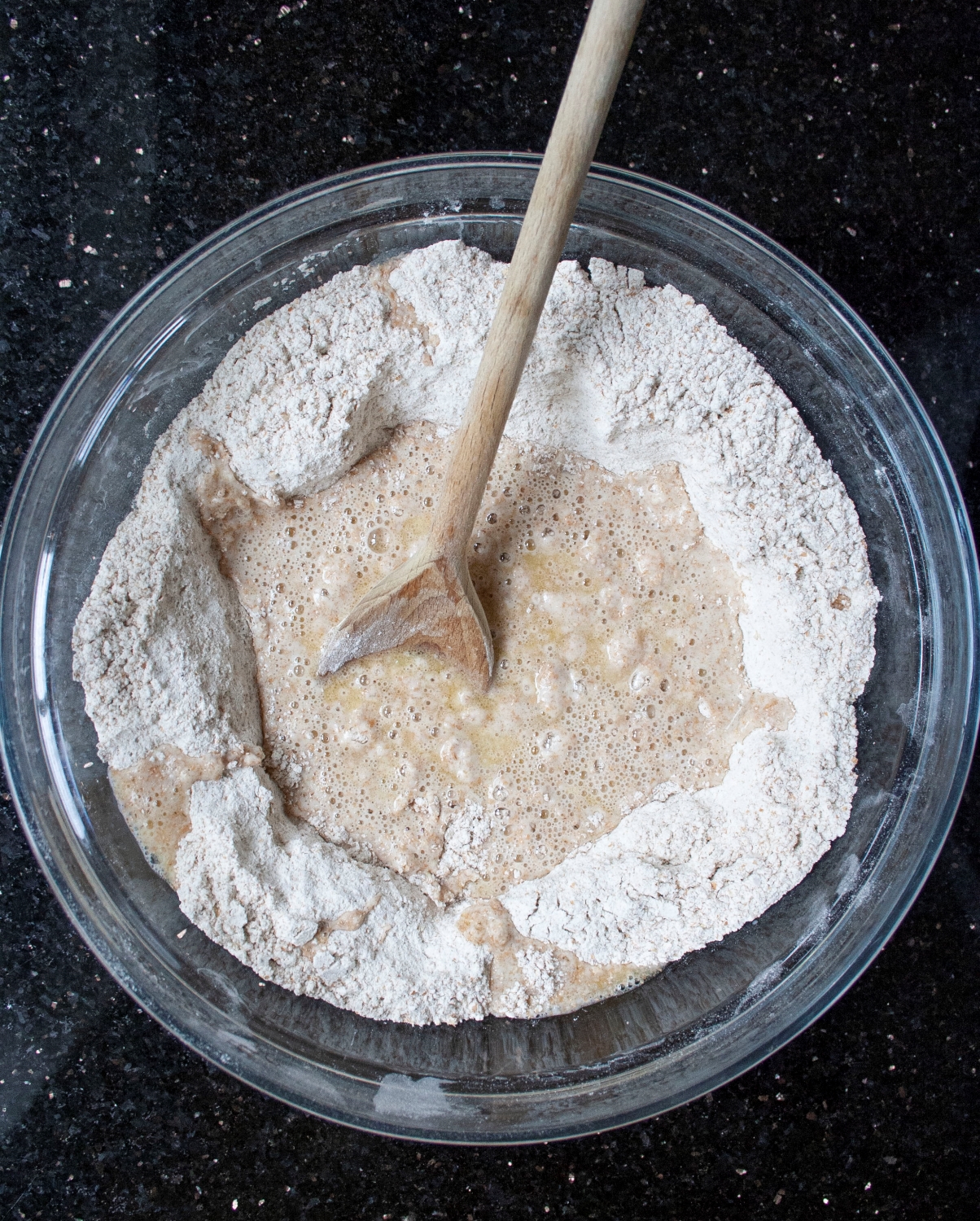 Knead on a floured surface for 10 minutes, by when the dough should become smooth, elastic, and firmer to the touch. 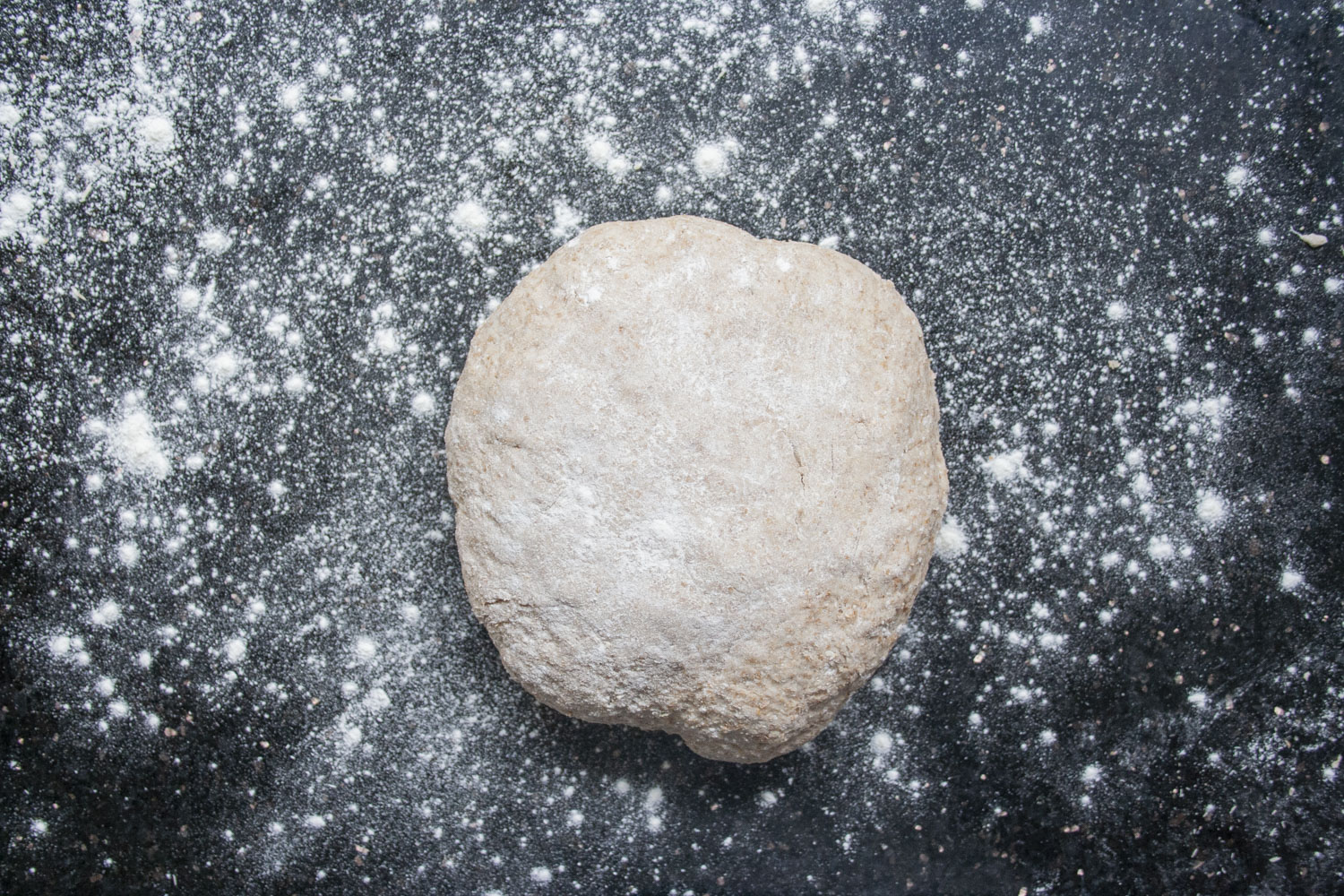 Oil the mixing bowl, and return the dough to the bowl, and cover with cling film. Leave in a warm place until doubled in size, about 1.5-2 hours. 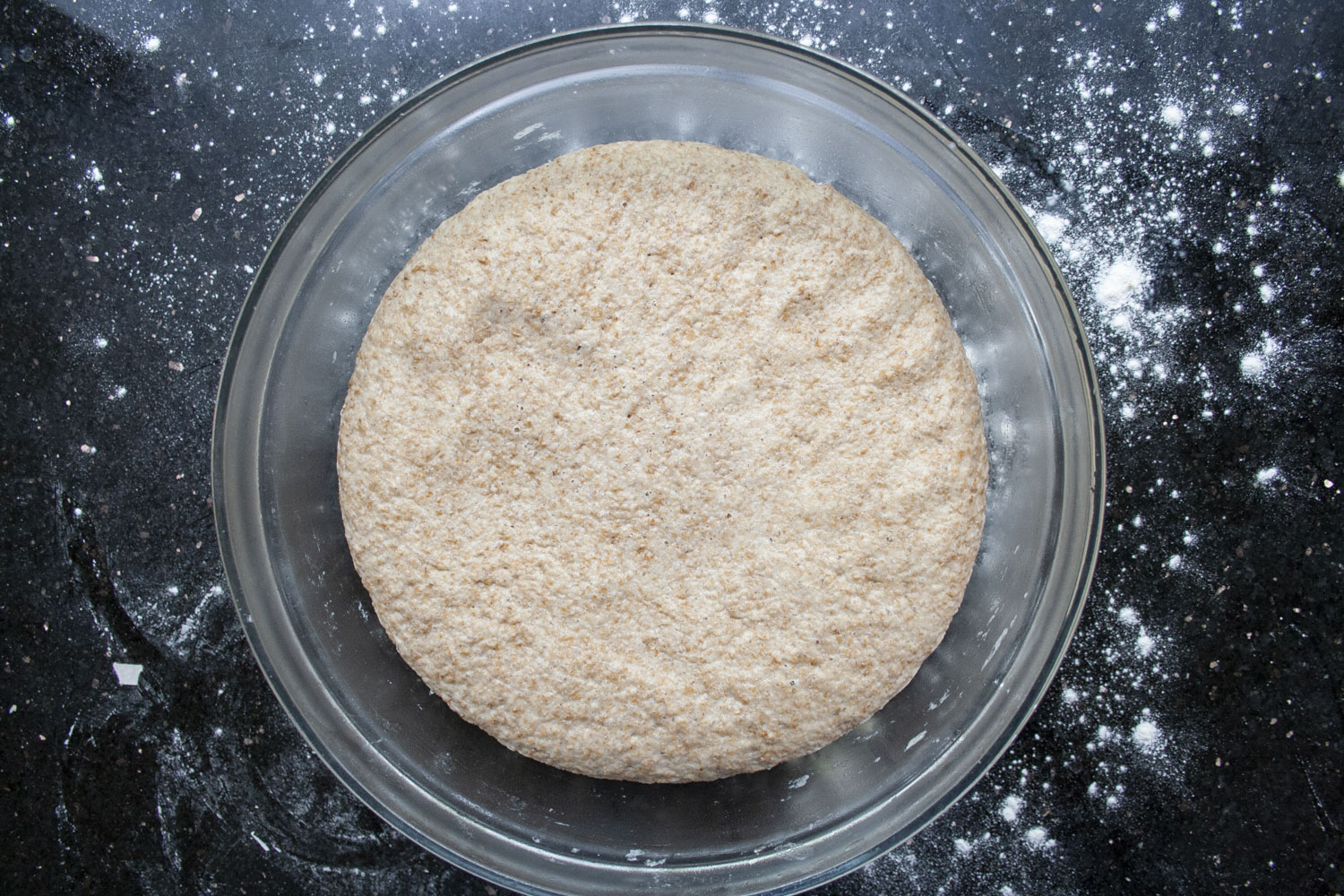 When risen, briefly knock back the dough , and shape it into the shape of the final loaf. I chose to do a traditional cob (circular shape). Place on baking paper and return the dough to a warm place to rise again for another 1-1.5 hours. 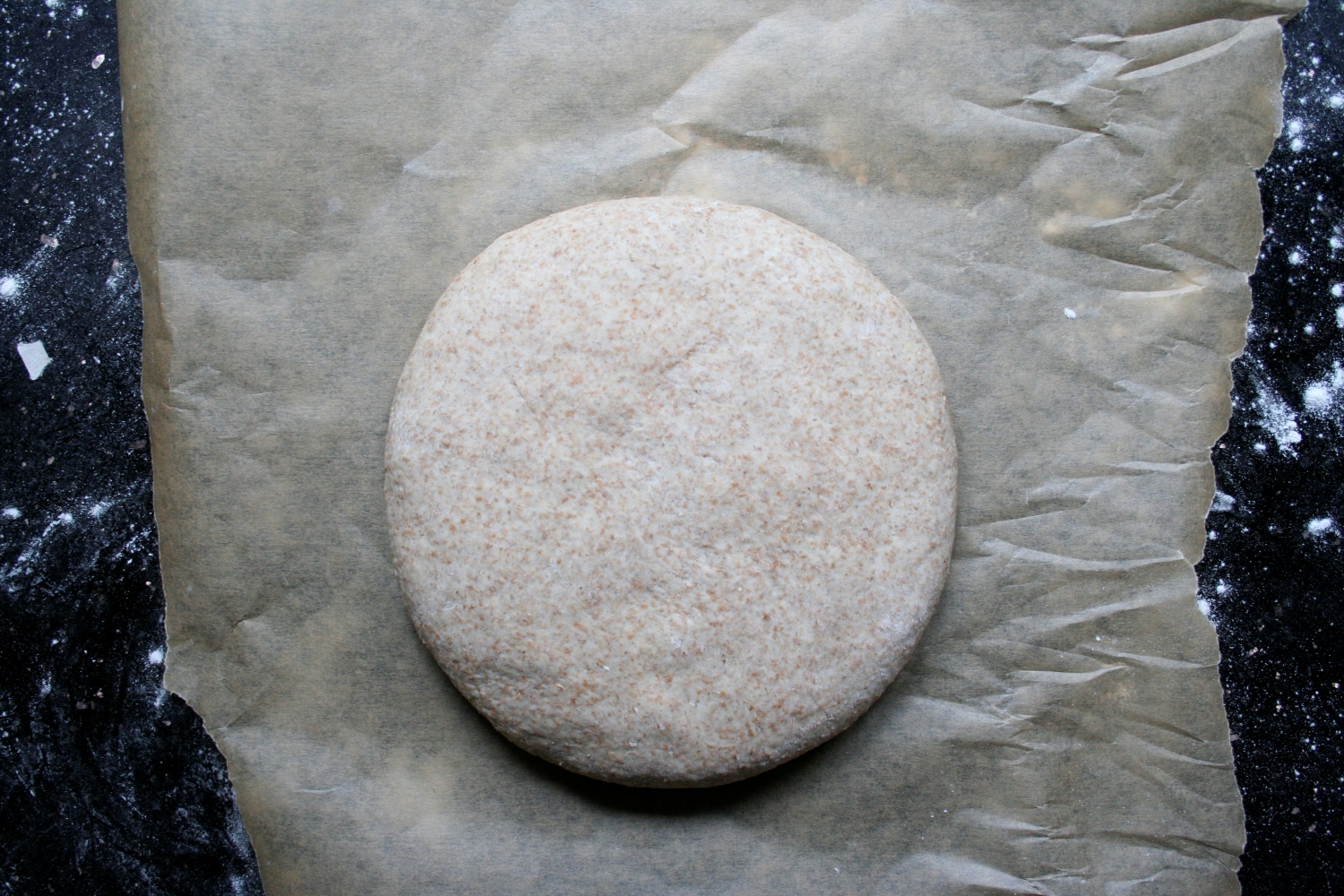 Before baking, use a very sharp knife to score the top of the bread, with a couple of relatively shallow incisions in the top of the dough. This will help the bread keep its shape while baking, while adding a traditional look. Dust with a small amount of flour. Place the dough and paper on a baking tray. 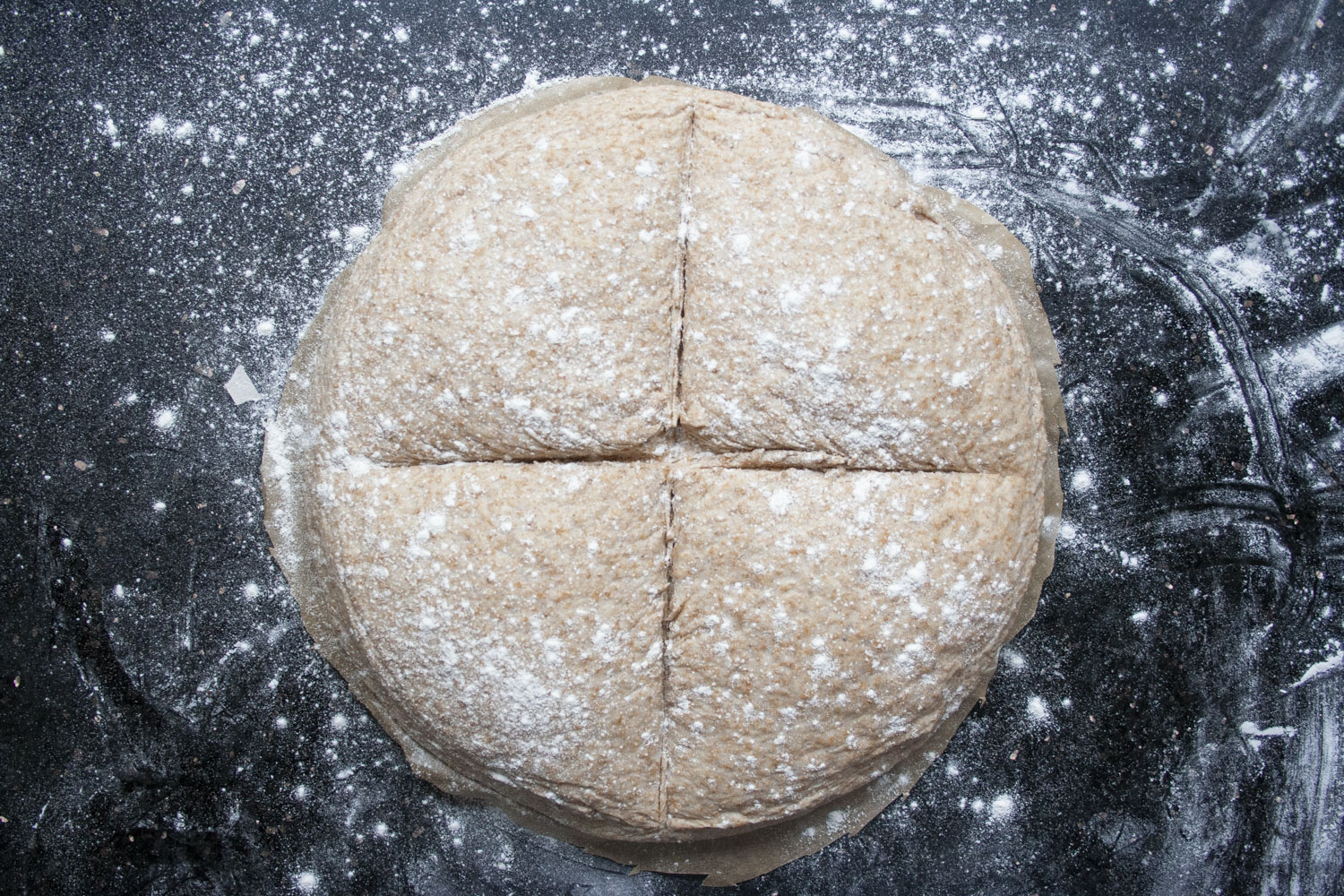 Bake for 35 minutes, until evenly brown and the underside of the bread sounds hollow when you tap it. I baked mine on the bottom section of a cake tin, as it was just the right size, and handy at the time! 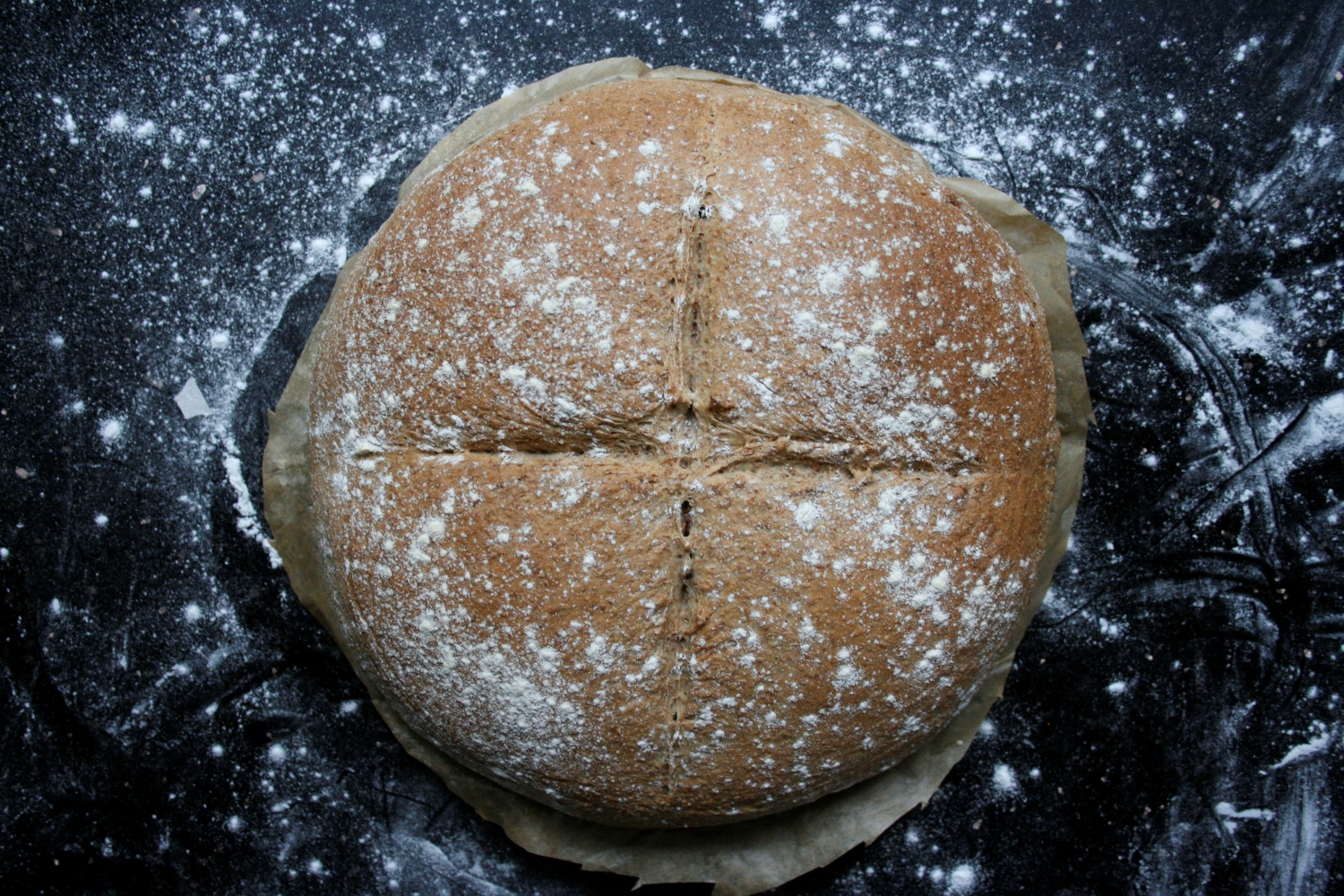 Leave to cool on a wire rack before slicing.

This bread is more of a brown bread and uses some white flour to introduce more gluten, which will enable it to rise successfully. While it can be made with 100% wholemeal, the results may not be what you were aiming for.