Serve them at any dinner party, gathering or just because you love profiteroles!

The choux pastry makes profiteroles light and airy, combined with the cream and chocolate – I challenge you to resist not eating the whole bowl of this French dessert! 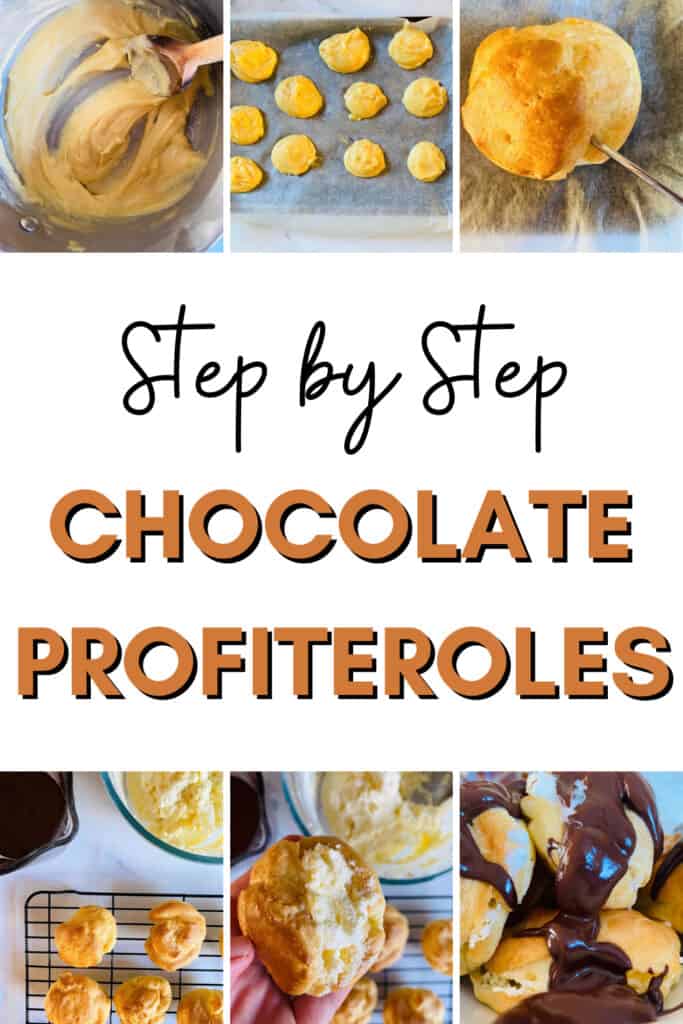 How To Make Profiteroles

Profiteroles look and taste luxurious – yet they only require a few ingredients;

For the Choux Pastry 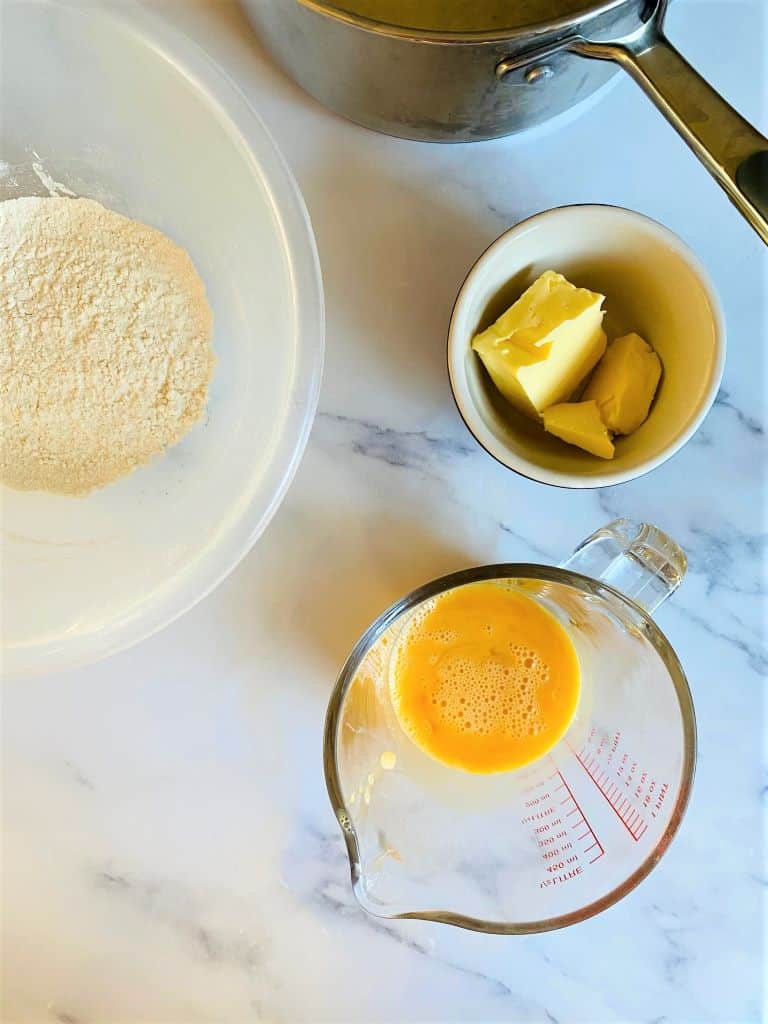 Cream – or some people prefer a different filling such as custard or even ice cream.

Chocolate sauce – either just melted chocolate drizzled on top, or, combine it with some melted butter, syrup and cream.

In a saucepan, melt the butter and 150ml of water, over a gentle heat. Once it is all melted, bring it to a boil before removing it from the heat and tipping in the sieved flour. 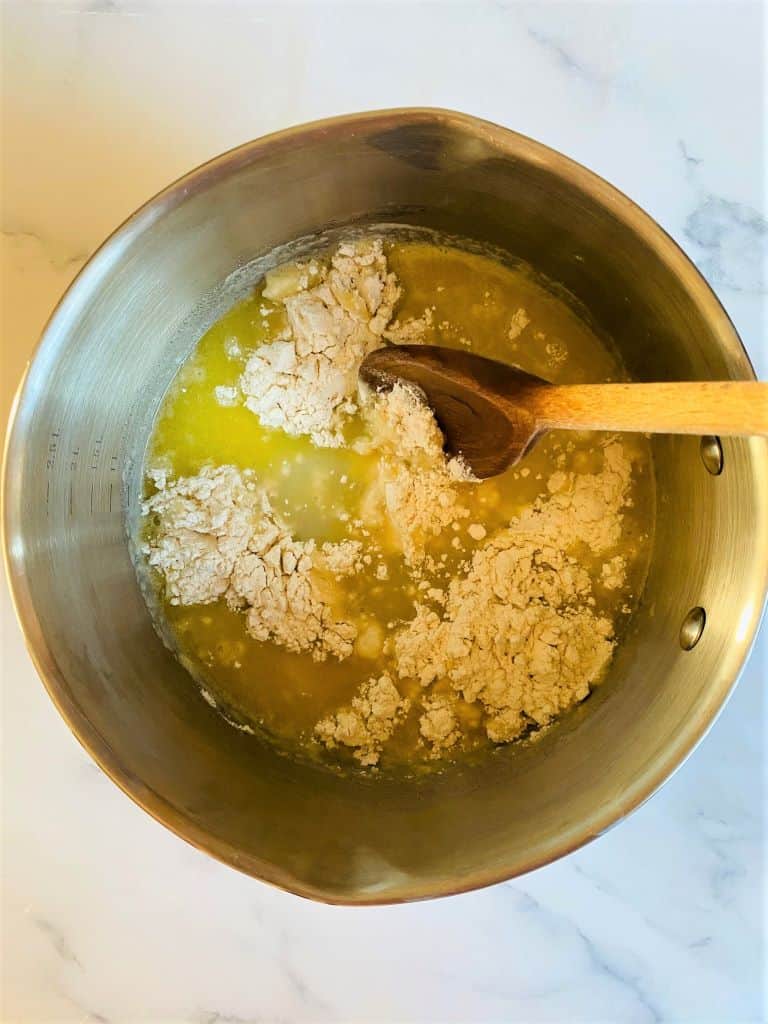 Use a wooden spoon and beat it until a smooth ball is formed. You will need to leave it to cool for 10 minutes before adding the beaten eggs. 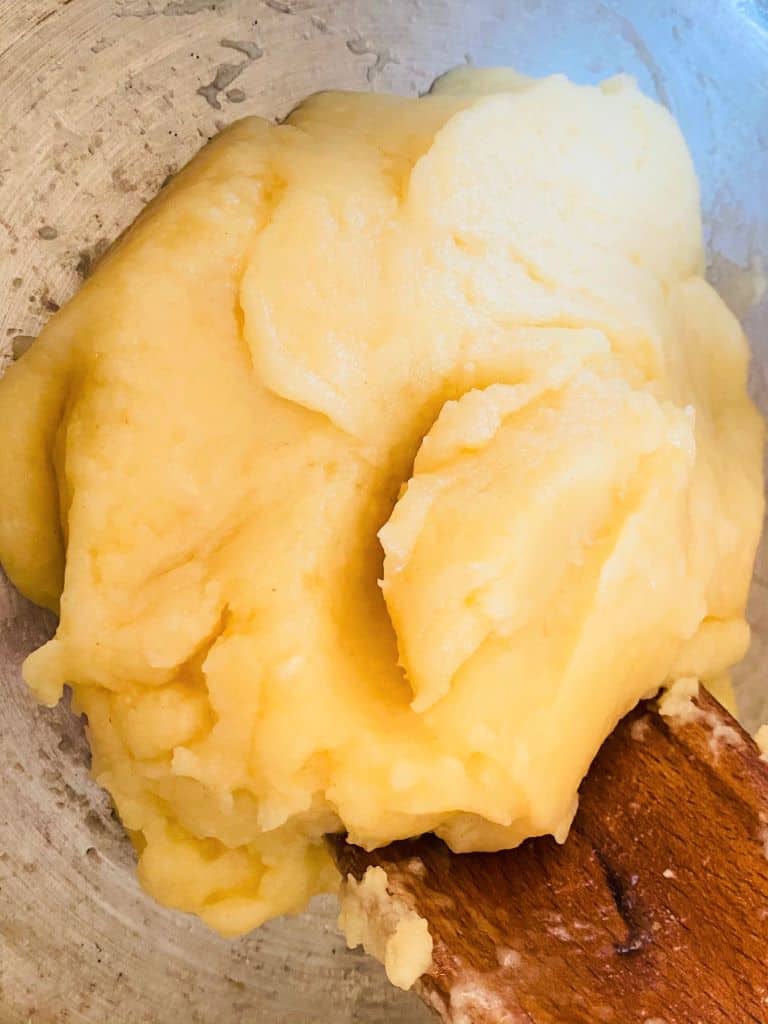 It’s really important to leave the dough to cool before adding the eggs otherwise they will begin to cook in the Choux pastry!

Beat the eggs in really well, a shiny paste that becomes stiff will begin to form. 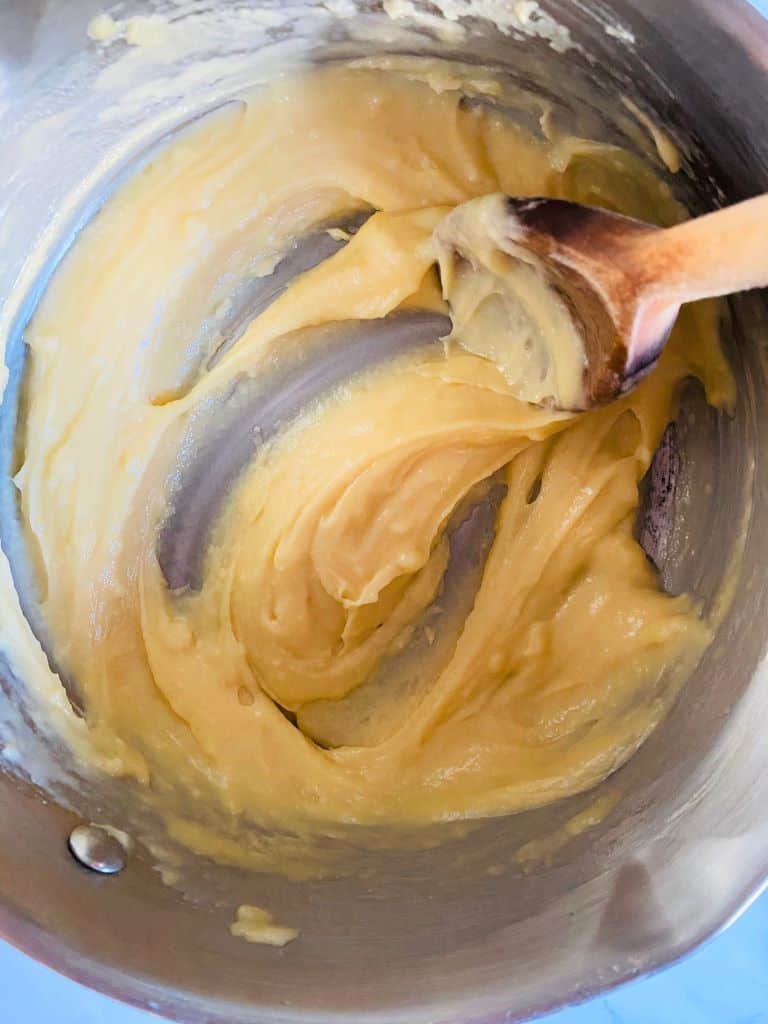 For the next step you can either use a piping bag to pipe the dough onto the baking trays, or, if you don’t have one, you can use a teaspoon – roughly, they should be the size of a walnut. 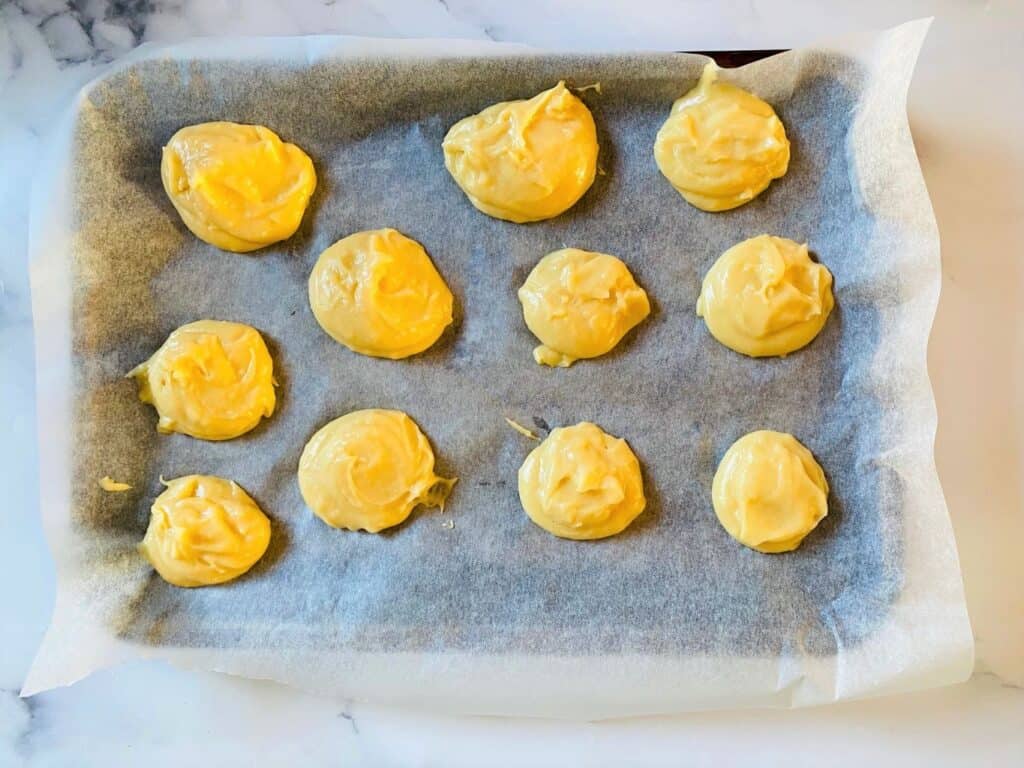 Make sure they have enough space between them on the baking tray.

They will have risen and be golden in colour when they are ready. 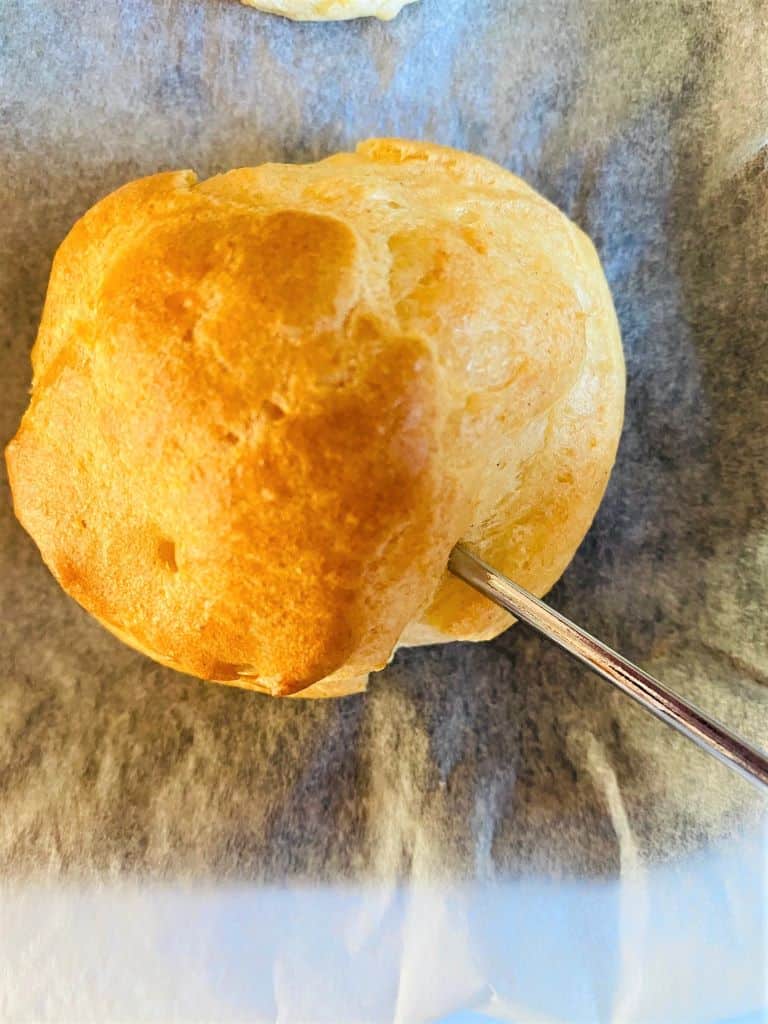 Take the baking trays out of the oven and pierce each one on the side – this allows the steam to escape before returning them to the oven for a further 2 minutes.

This second bake allows the them to cook and dry out on the inside and become deliciously crispy too.

The next step is best done just before serving the profiteroles. 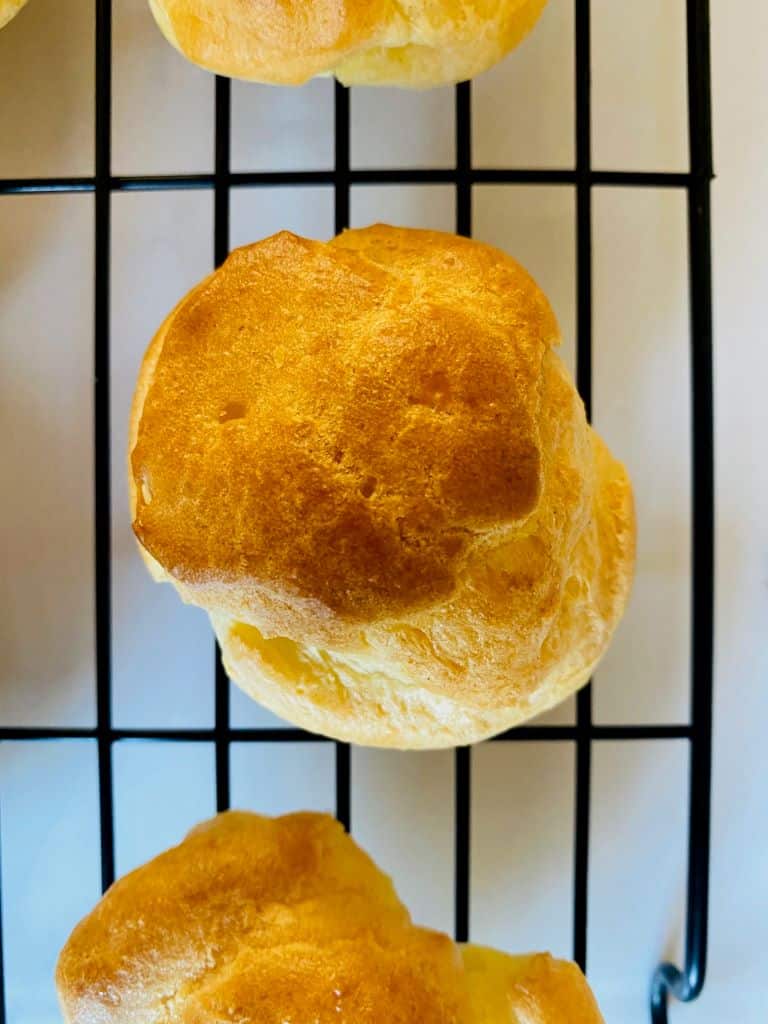 If you want to prepare the profiteroles in advance they can be made up until this point and stored in an airtight container for 2 days, or frozen for up to 3 months. 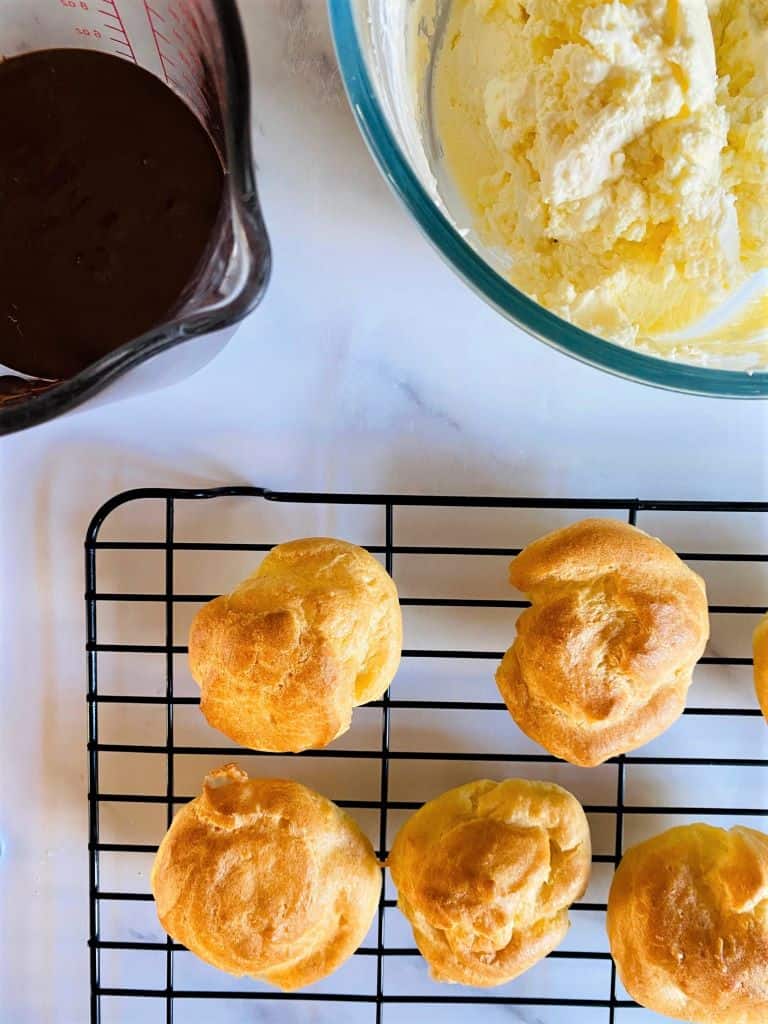 For this recipe we have used cream, but you could also fill them with custard or ice cream. 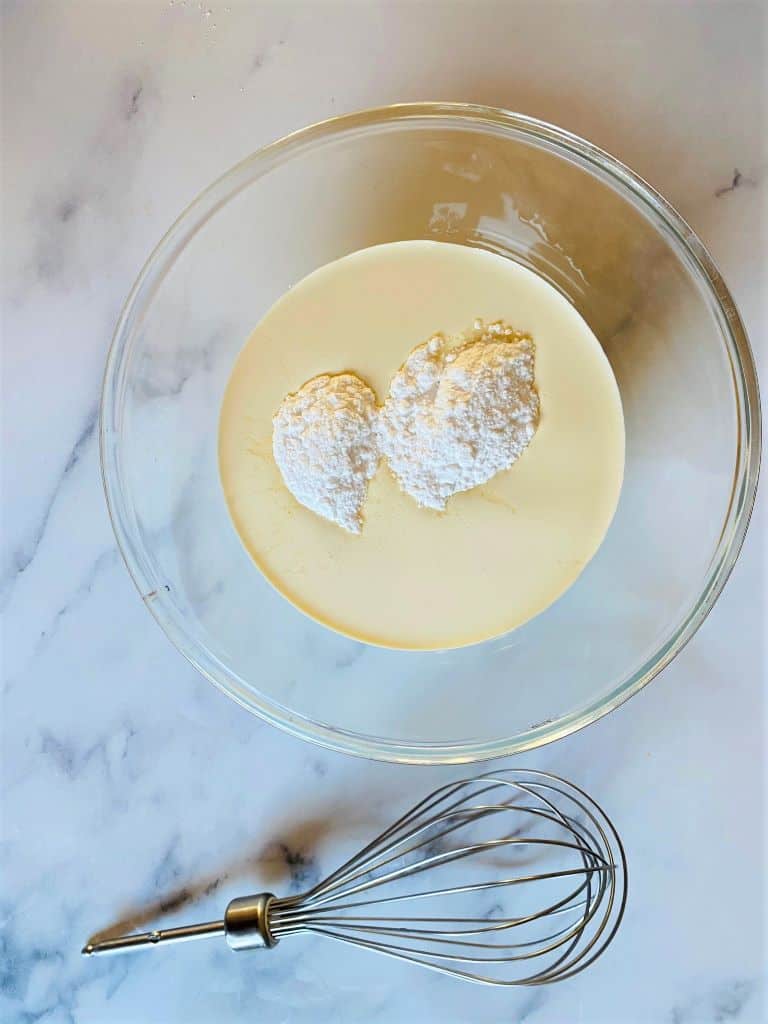 Pour the double cream into a bowl with the icing sugar and vanilla extract. Whip it until it is just peaking. Transfer it to a piping bag and after opening up the buns, fill them with the cream. 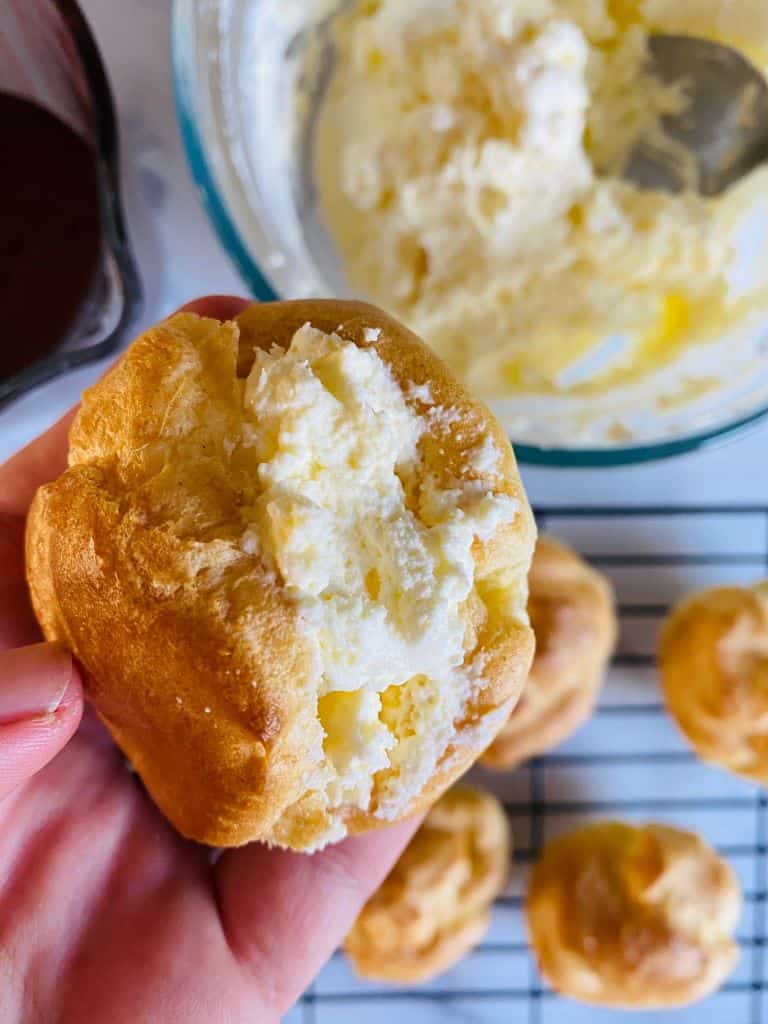 You can just melt some chocolate to pour over the top, or you can make up a slightly more creamy sauce, more like a chocolate ganache.

In a saucepan, pour the remaining double cream (100ml) and add the chocolate pieces, butter and syrup.  Heat it on a low heat until it has melted. Pour the sauce over the profiteroles and serve straight away. 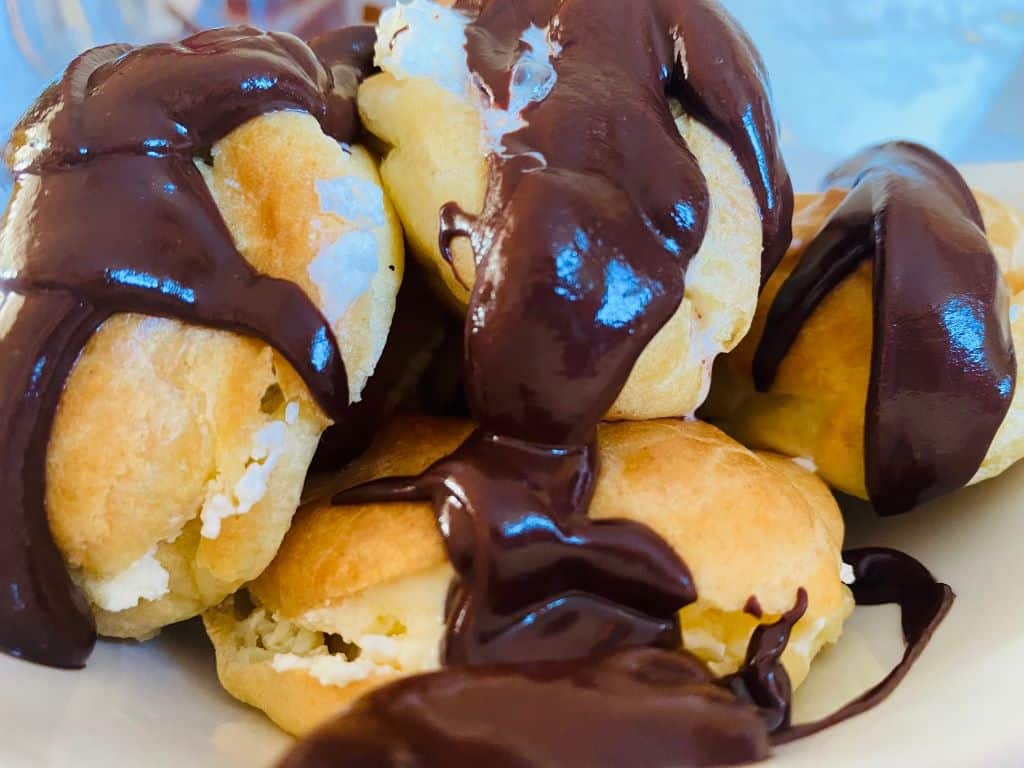 Making ahead of time

You can make the Choux pastry profiterole shells ahead of time. Once they have baked and cooled store them in an airtight container for 2 days, or freeze them for up to 3 months.

Instead of cream you can fill the profiteroles with ice cream or fresh custard.