Chocolate cake is unsurprisingly one of the most searched for baking recipes in the UK.

Well, it is chocolate after all!

There are many different ways you can make a chocolate cake, some are quicker than others. This is a simple version with all the ingredients mixed together in the same bowl.

How To Make Chocolate Cake 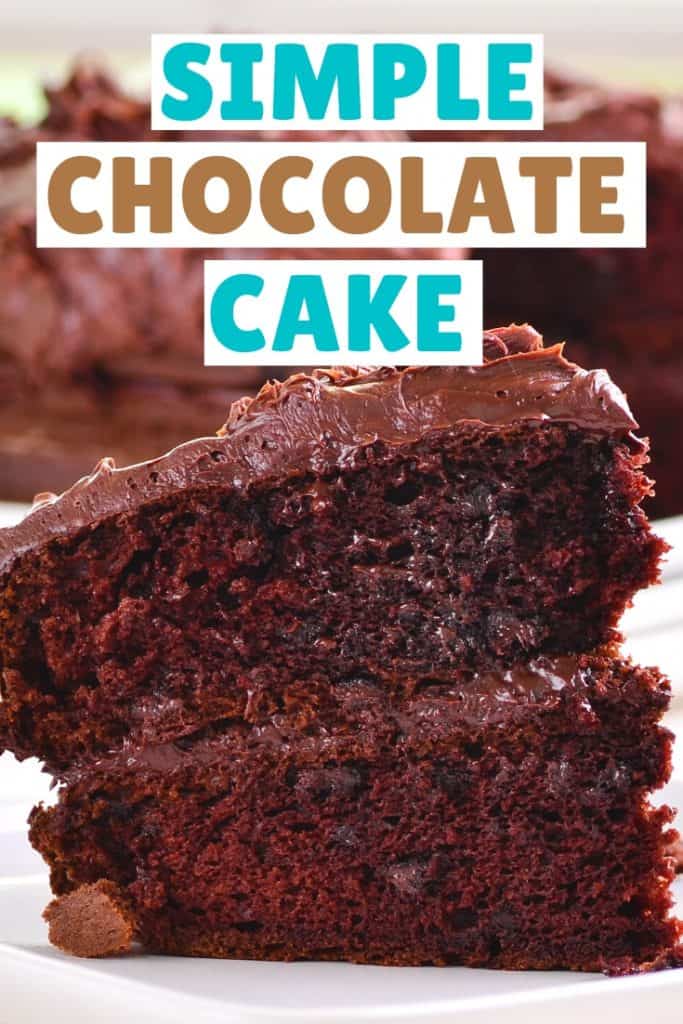 When I am using a cream based chocolate icing I tend to do this step before making the sponge. This is because it needs to be popped in the fridge for about an hour to allow it to harden up a bit before spreading it. 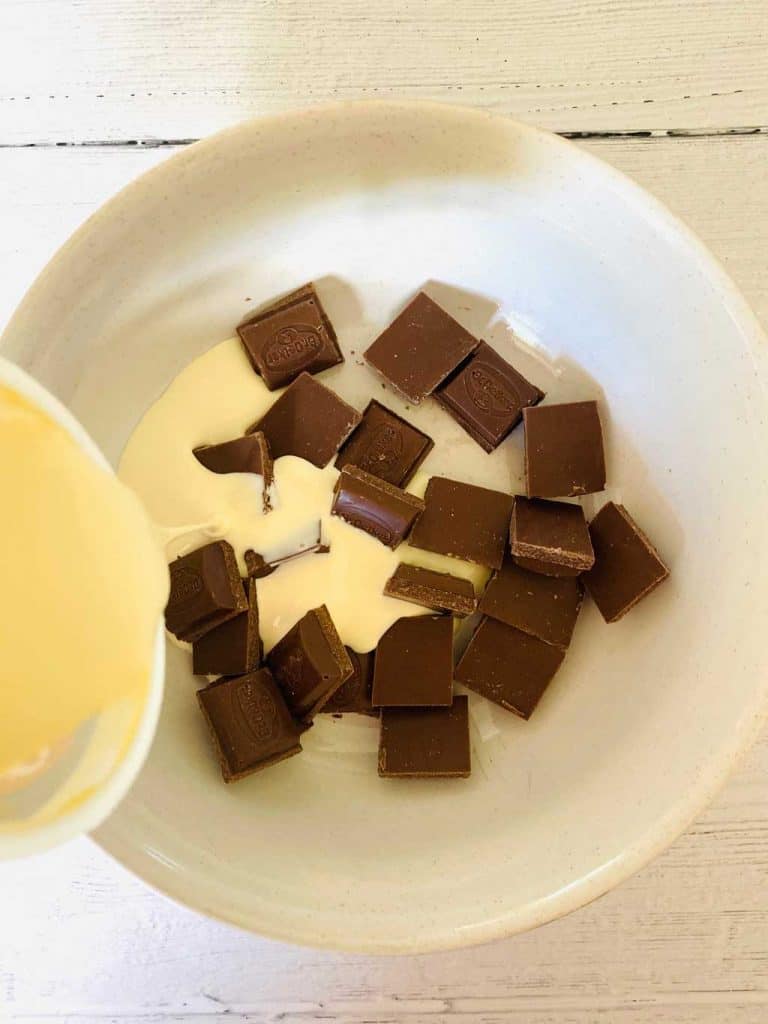 I poured some double cream in over some broken up chocolate pieces. Then using the double boiler method for melting chocolate I slowly melted it over some boiled water. 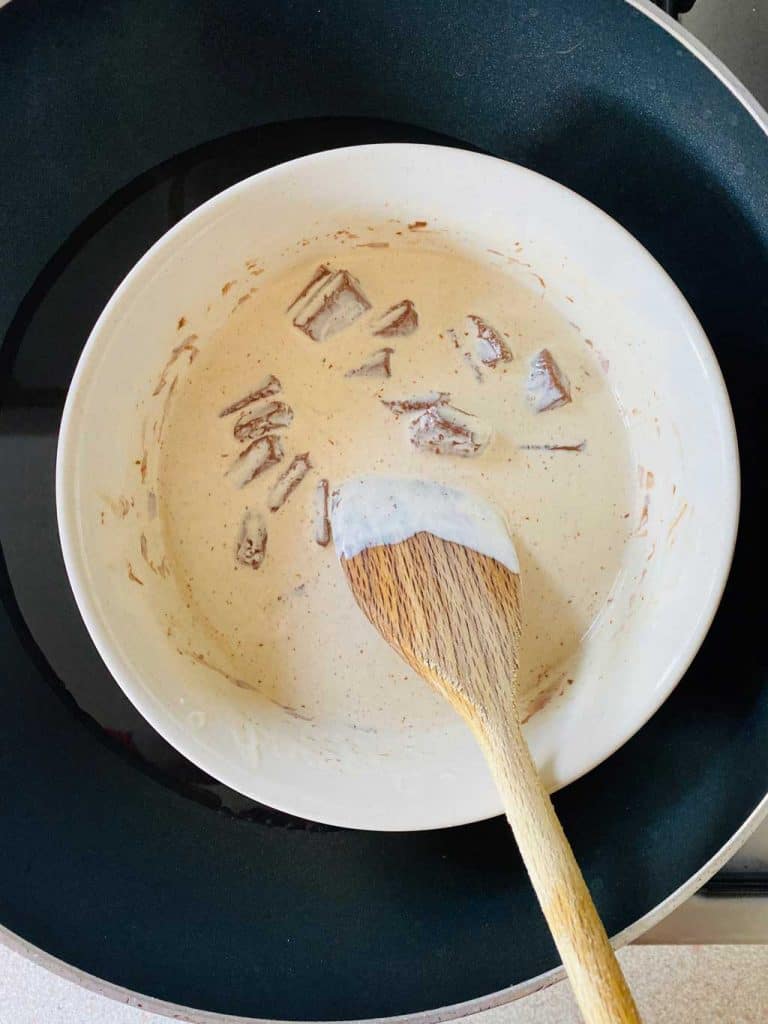 I used the double boiler method to melt the chocolate

It’s really important to make sure that the chocolate is slowly melted so that the cream doesn’t curdle. If you boil a little bit of water in a pan (I used a wok!) and then turn the heat off.

Place the bowl containing the broken up chocolate pieces and cream into the water.

The chocolate will take a while to start melting but if you use a spoon to keep pushing it around in the cream it will gradually start to melt until you have a lovely looking creamy chocolate mixture. 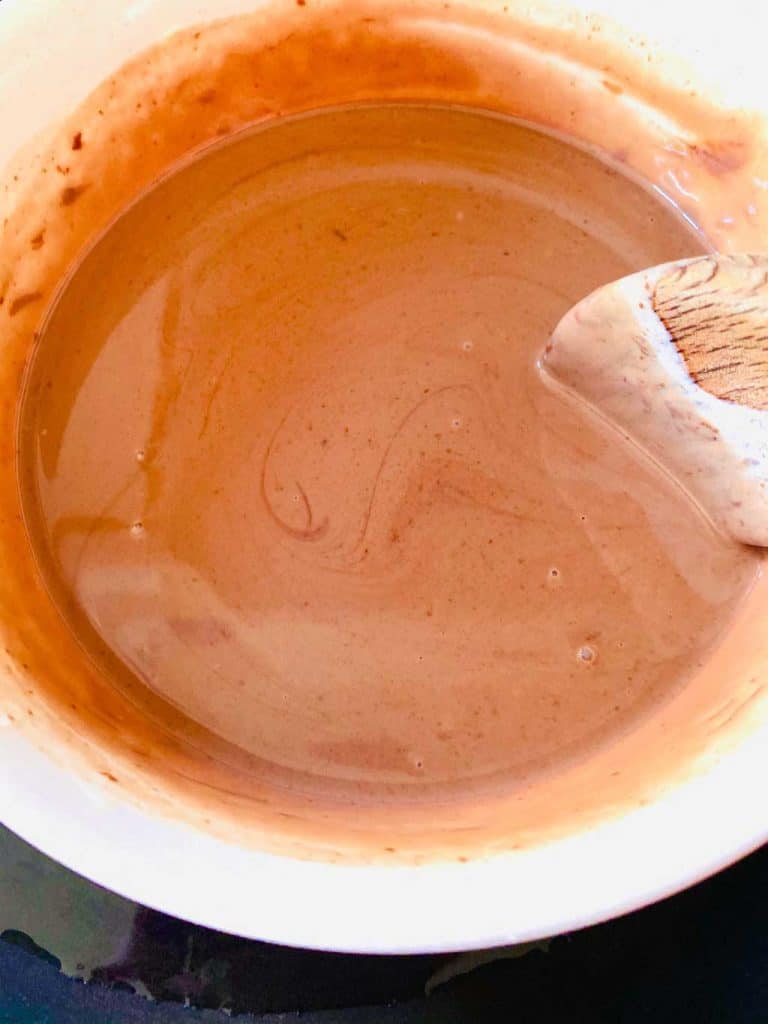 Once the chocolate has completely melted remove the bowl from the pan of water and leave it to cool down for a bit. Then, place it in the fridge for around 1 hour, stirring it occasionally.

You will need 2 round cake tins (20cm/8 inches) – grease them and put some greaseproof paper into the base of the tins (place the tins on the paper and draw around them and cut out).

As I mentioned before, I like to just mix everything together at once – this speeds up the process and I feel doesn’t compromise the taste and texture at all. The chocolate sponge really does come out deliciously moist. 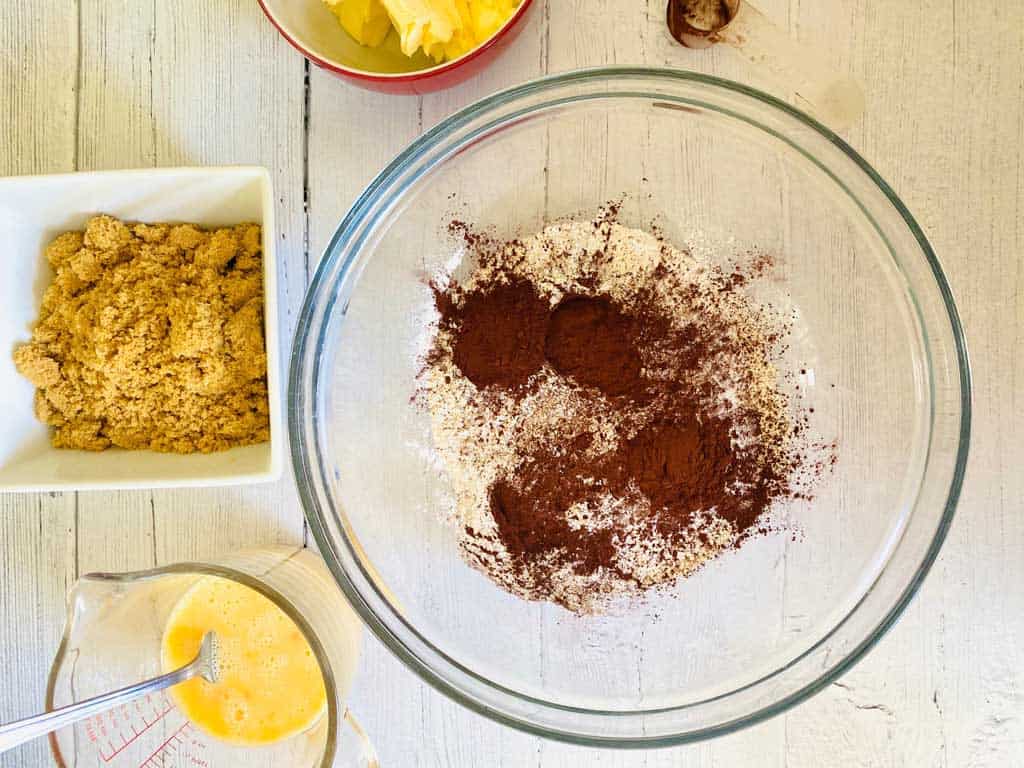 Once the flour and cocoa powder has been sifted into the bowl, add in the beaten eggs, sugar, margarine and milk. Stir all the ingredients together until they are well mixed. 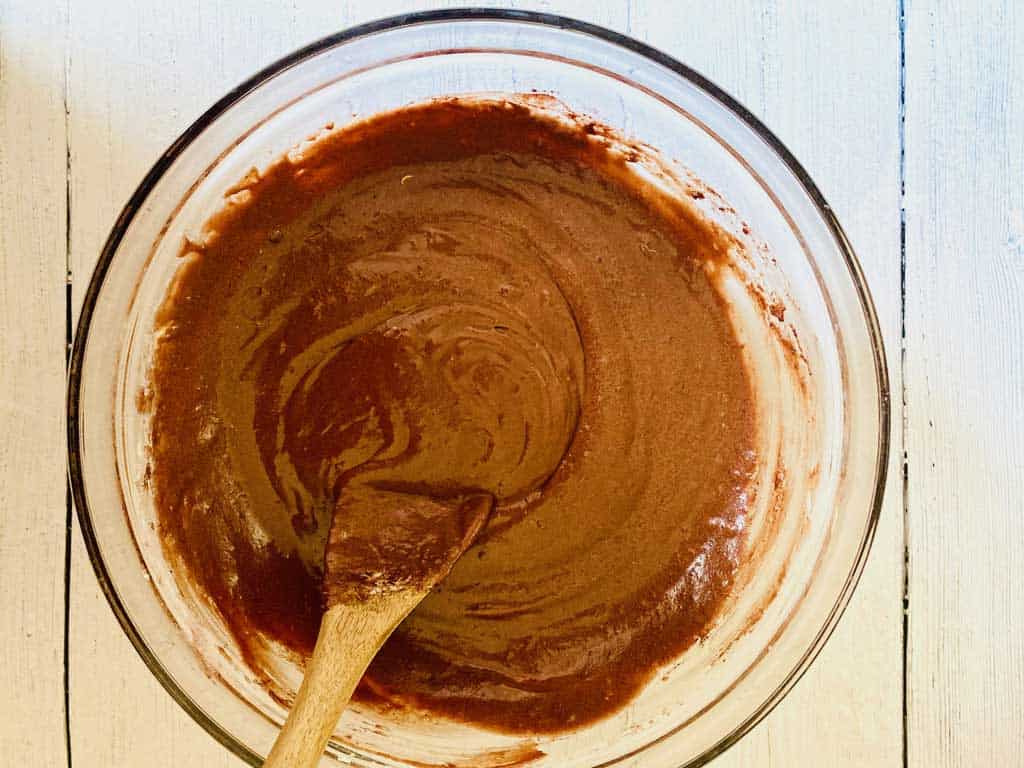 Whilst seriously resisting the urge to dip your finger in and scoop some of the chocolate sponge batter out, transfer the mixture to the baking tins that you greased previously. Distribute them evenly between the two twins and level the tops smooth. 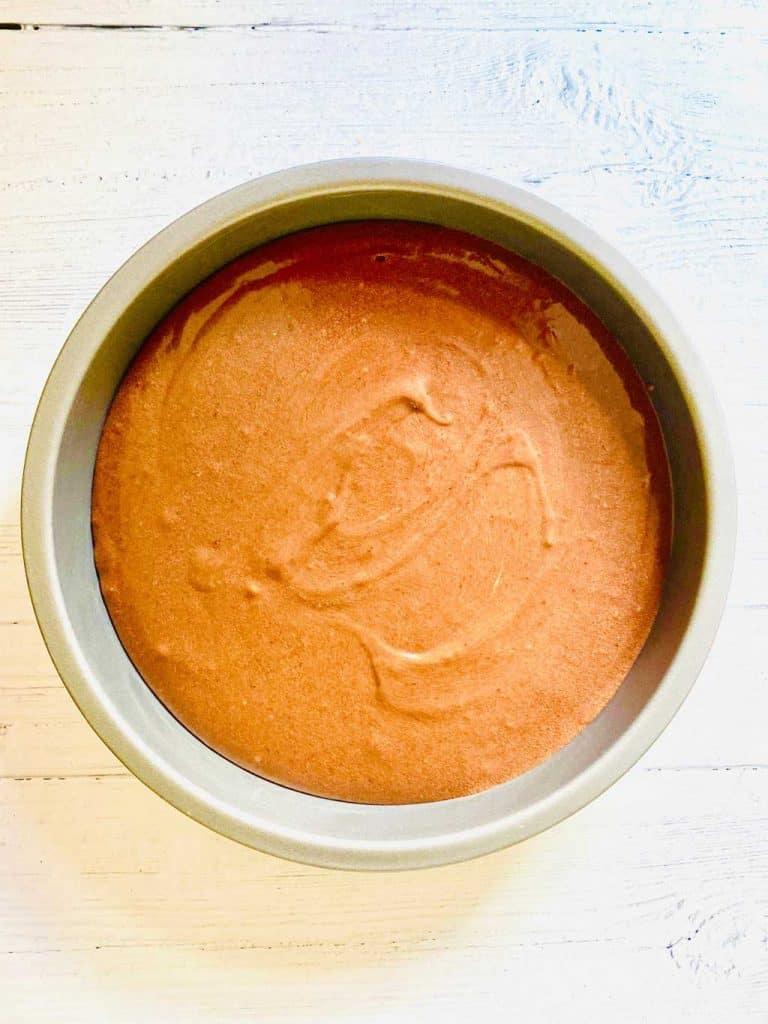 The cakes will take about 25 minutes to cook in the oven (180F/350C/Gas Mark 4). Once you have taken them out of the oven leave them to cool for 5 minutes before carefully removing them from the tins and transferring them to a wire rack to cool some more.

By now, the chocolate icing should be ready from the fridge. Spread some of the icing over one of the sponges and then carefully place the 2nd sponge on top of it and press down. 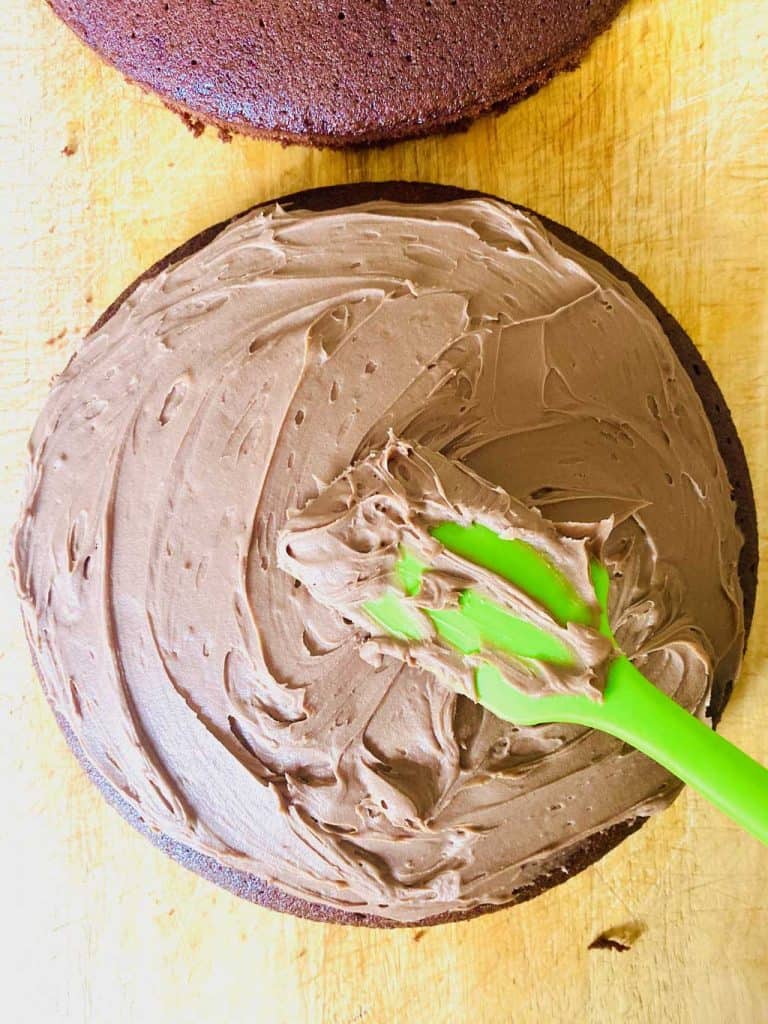 With the rest of the icing, spread it across the top of the cake, and if you have enough, spread some around the sides. You can optionally decorate with some other toppings such as chocolate buttons. 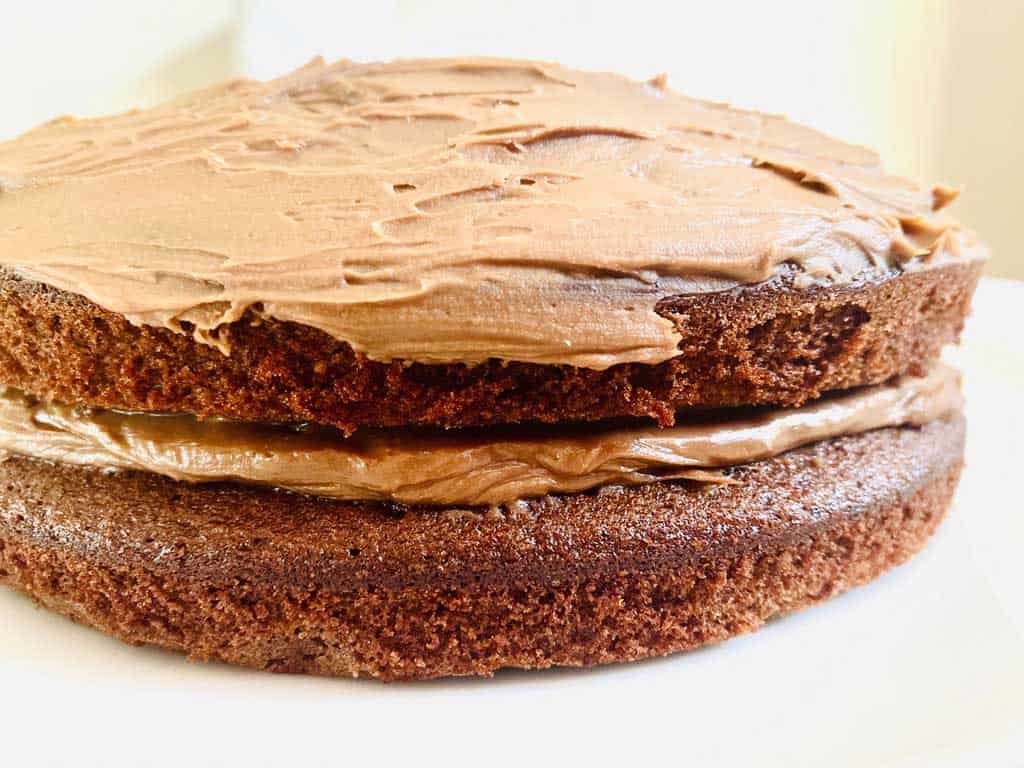 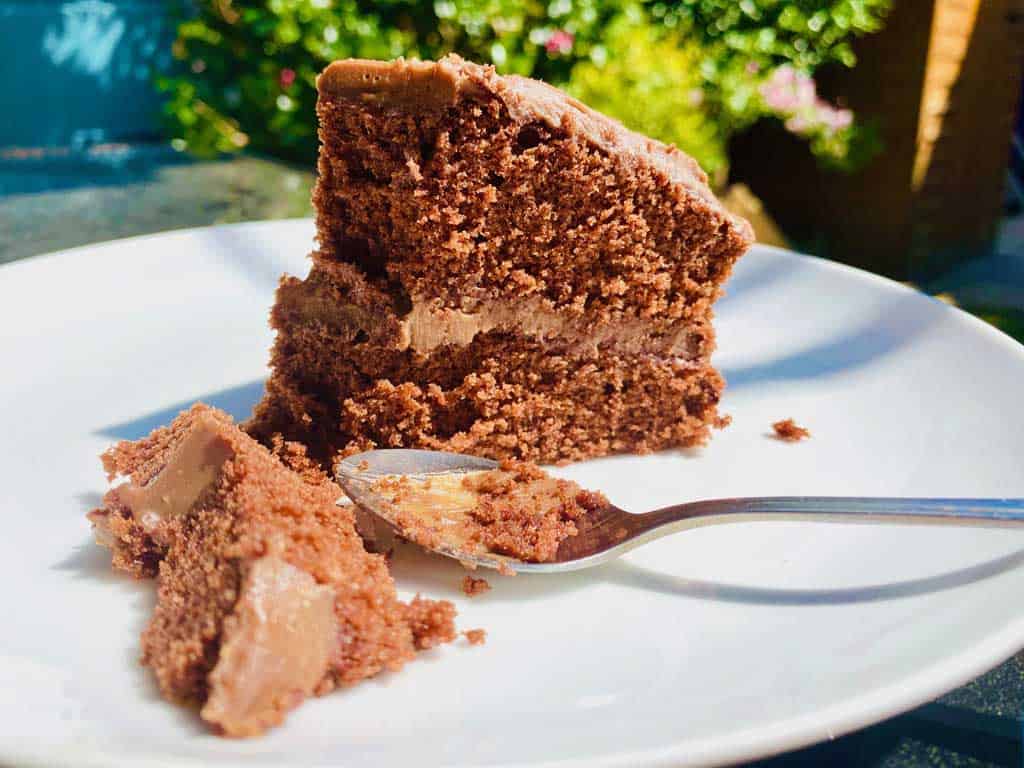 Do you love chocolate cake as much as I do? Let me know in the comments! I’d love to hear from you.

The chocolate icing can be made with butter instead of cream.

In the over right now 😊

I made this today for a birthday cake and the sponge was really moist, the cake was gone by the evening. Great recipe not good for the diet!

I'm so glad you enjoyed the chocolate cake Amanda - and yes, I agree, definitely not good for the diet! Most certainly a once in a while treat :)