Slow cooker porridge is a handy alternative way to make this filling and nutritious breakfast recipe. 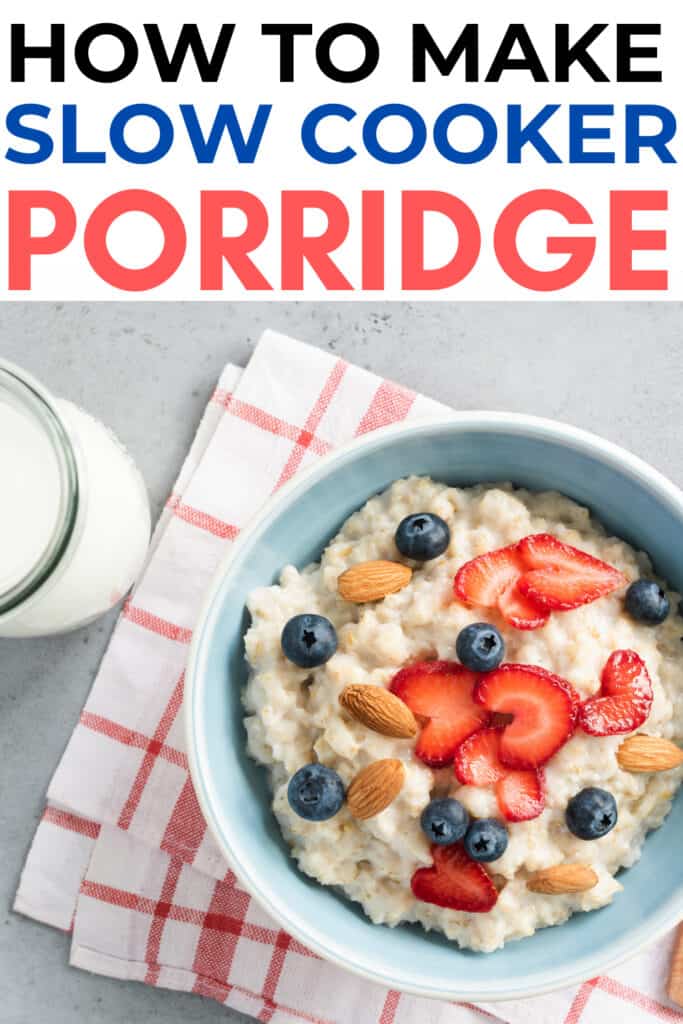 Why Make Porridge In The Slow Cooker?

Making porridge in a slow cooker is quite obviously the slowest way to make it – but it does have it’s benefits;

I wasn’t convinced that I would like this method of making porridge, I usually make ours in the microwave, or in a saucepan – but I was quite pleased with the results.

How To Make Slow Cooker Porridge 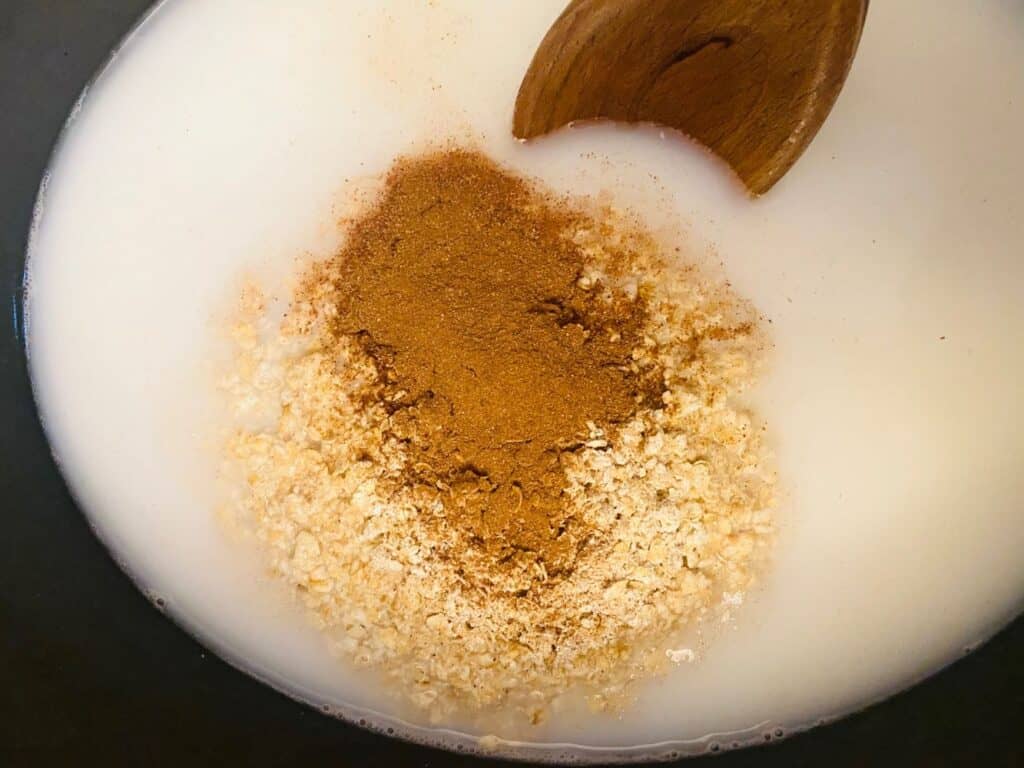 The latter method will result in less cleaning up, but you will likely be able to make less in quantity.

Top Tip: if you are making the porridge directly in the slow cooker, grease the insert bowl with butter or a little oil. This will help to reduce the oats sticking to the sides.

What Oats Are Best For Making Slow Cooker Porridge?

If you are leaving the porridge to cook overnight you should try and use jumbo oats if you can rather than the instant quick cook variety. Quick cook porridge oats will end up mushy and not very tasty if you slow cook them.

How Long Does Slow Cooker Porridge Take To Cook?

Slow cooker porridge can take anywhere from 2 hours to 6 hours on low. If you leave it to cook for much longer than the 6 hours the oats might end up too soft and mushy, or start to stick to the side of the bowl. 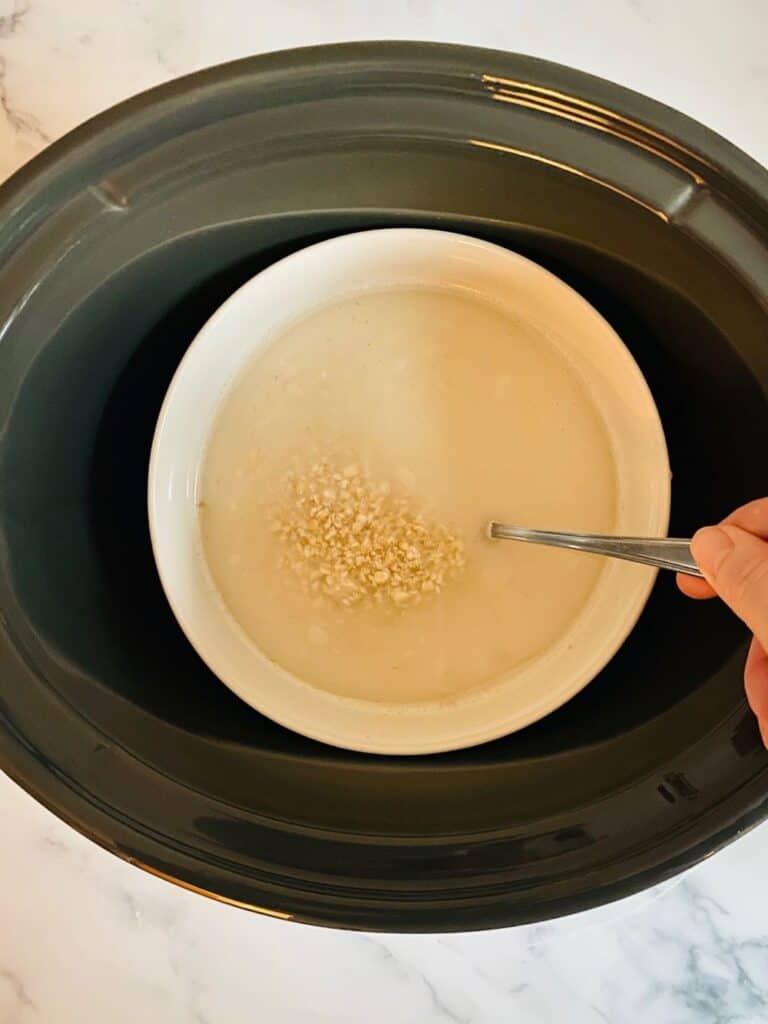 You can also use a timer to set the slow cooker off to start later, or, if your slow cooker has a keep warm feature, you can use that instead.

Adding It All To The Slow Cooker:

Set the slow cooker off on low. Cook for a minimum of 2 hours and a maximum of 6 hours. Once finished, give the porridge a good stir.

How Long Does Porridge Last?

To store extra cooked porridge leave it to completely cool down before covering it up and placing in an airtight container. Store it in a fridge for up to 2 days.

Can You Reheat Porridge?

Yes you can reheat porridge. It will go a bit thick and sludgy as it cools down so you will need to loosen it up with a bit of water or milk and give it a good stir. Reheat it in a microwave, or in the saucepan again.