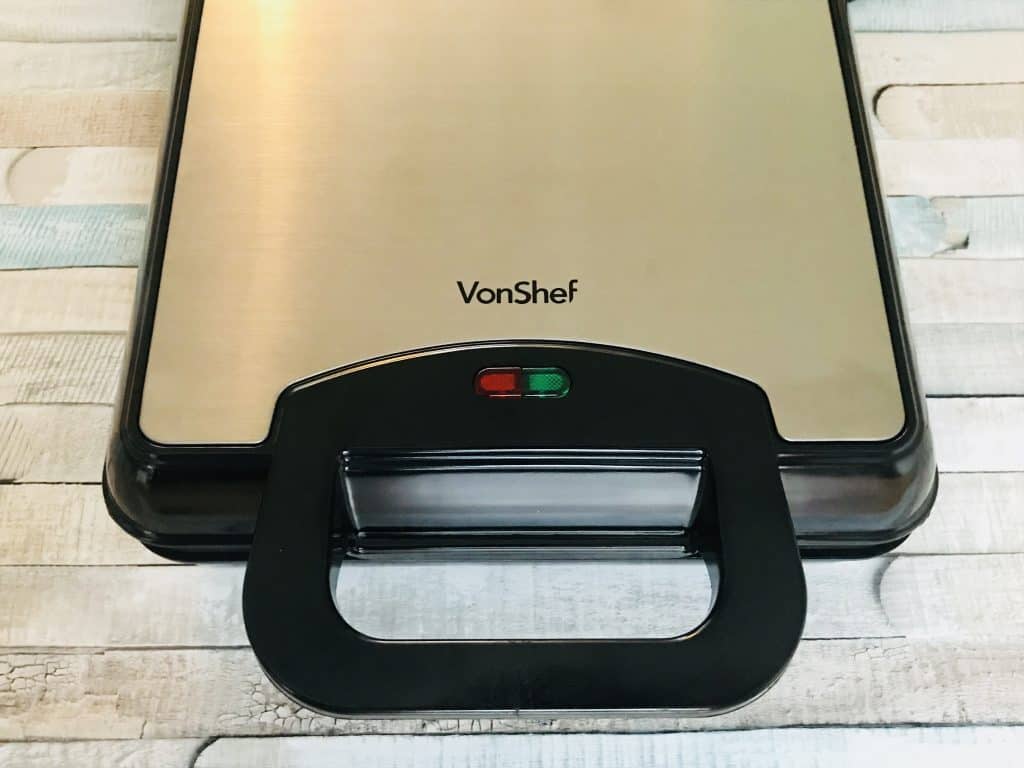 I’ve always been rather partial to a waffle, but I wasn’t sure whether I could justify buying a waffle maker for the number of times I would actually use one.

That was until I realised I could make more than just a classic Belgian, or potato waffle, in a waffle maker. Now that opens up a whole new way of cooking and experimenting in the kitchen!

So far we have stuck to the above-mentioned waffles (and they tasted far too nice!) but I have been busy plotting and scheming to make a whole heap more.

On to the VonShef Waffle Maker review. There are a few different brands to choose from and features to consider.

I decided on the VonShef for a variety of reasons; 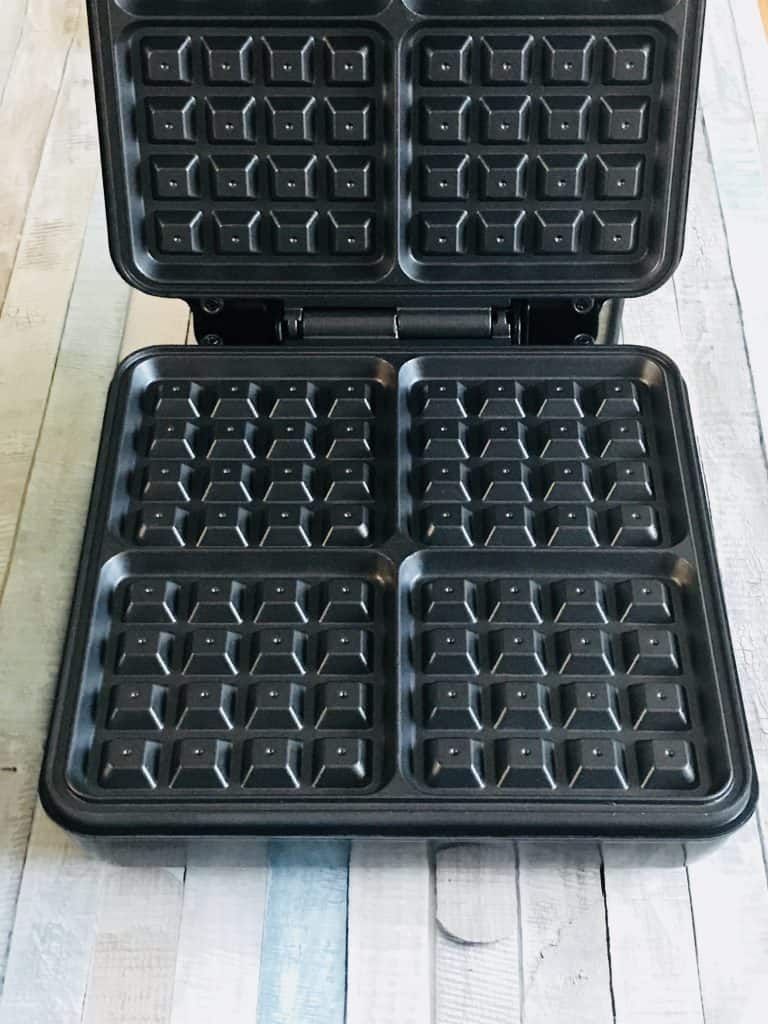 I also needed a waffle maker that would be super easy to clean – the thought of trying to scrape off stuck-on batter doesn’t appeal.

I’m pleased to report that despite me forgetting to grease it when I put in some mashed potato (for potato waffles) it still didn’t stick – but I will likely grease it lightly for future uses.

The speed of the cooking is decent. Nobody wants to be hanging around waiting for waffles to be made! Although they are really worth waiting for 🙂

The Belgian waffles we made took about 5 minutes to be ready and the potato waffles a bit longer at 8 minutes (but I did get kind of  impatient and keep on opening it up which you’re not meant to do, oops!)

How Easy Is It To Use A Waffle Maker?

The machine is super simple to use. You quite literally switch it on and the red light will come on, then the green light to show that the appliance is heating up, then when it switches off you are good to go.

The manual (thin leaflet!) that comes with it in the box explains that before the first use you need to wipe down the plates with a damp cloth and suggests heating it up and then switching it off and allowing it to completely cool before using it properly for the first time. I did do this – I didn’t want to risk wasting any precious waffle mixture!

I was really disappointed that there wasn’t one single recipe included! I think VonShef could have at least supplied a basic waffle recipe so that the user could test it out and then experiment with other ingredients from there. Thankfully I love experimenting and creating new recipes, but I know for some users they like to have them there to follow. 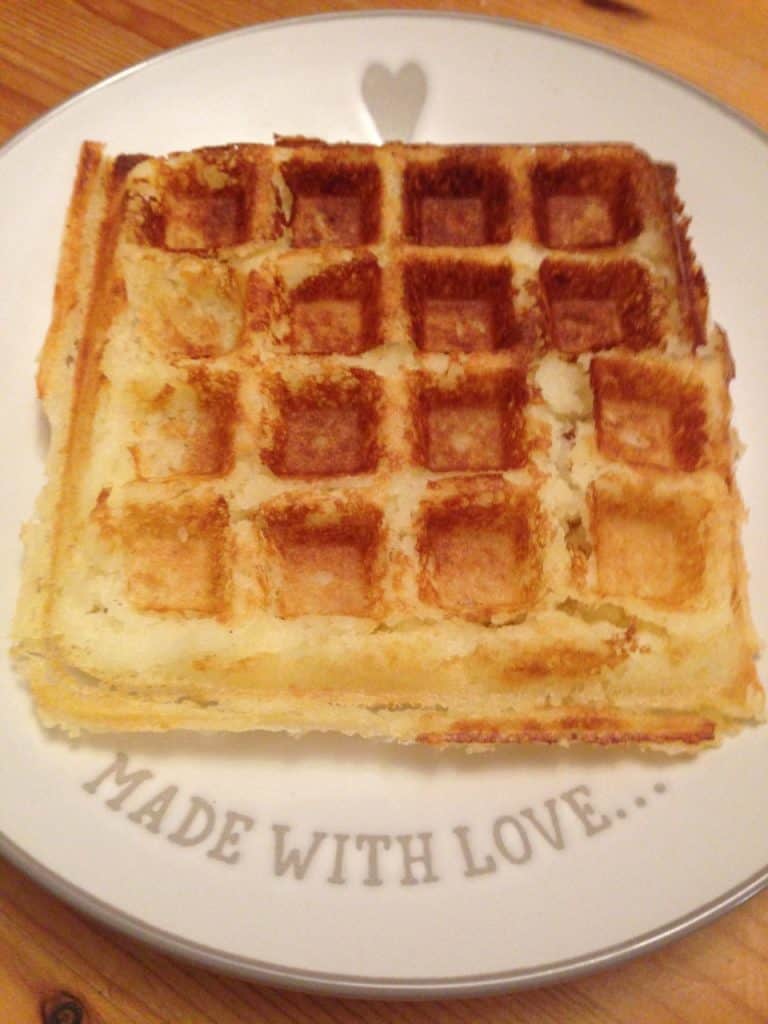 Aside from the lack of recipes, I really do recommend the VonShef Waffle Maker. It is a great budget buy, it has the potential to make a wide range of both sweet and savoury waffles and it works quickly. With a bit of testing I can see us making lots of different tasting waffles to liven up meals times – and they can be healthy too!

The clean up is quick (assuming you don’t overfill it and let it run all down the sides!)

If you have any questions about using waffle makers please ask away in the comments!

Hi I have used my new vin chef waffle maker twice now and both times it’s stuck and no waffles to be had as of yet! I had my setting on quite high and the mixture was in for 8 minutes but literally not had one successful waffle yet???

Hi Louise - oh no, sorry to hear that! Mine has never stuck before - I always brush the waffle maker with a little oil or butter first - are you doing that?