There are many different types of sausages out there – some of them you may have never even heard of!

In this article, we will discuss all types of sausages: fresh, cooked and cured. We will also talk about their origins and how sausages are cooked in preparation for eating.

What is a sausage?

Well, in the simplest terms, it’s meat that has been seasoned and stuffed into natural or artificial casings. The word “sausage” comes from the Latin word “salsus”, which means salted.

According to the English Breakfast Society, there are over 400 different types of sausages produced nationally.

In Britain, sausages are typically made of pork, but other types of meat and flavourings are becoming more popular.

Sausages appear on many dinner tables throughout the country, with popular classics such as toad in the hole, sausage casserole, sausage and mash, sausage rolls and of course as a hot dog.

Many sausage varieties in Britain are regional, where recipes are a closely guarded secret, having been passed down through the generations.

As the name would suggest, these sausages originated in the county of Lincolnshire. Unlike the Cumberland sausage, Lincolnshire sausages are coarsely ground, with the main herb being sage.

Every October, the Lincolnshire Sausage Festival takes place in celebration of the famous sausage!

The Lorne sausage is a Scottish variety of pork and beef, the origins of which are not entirely known.

What makes the Lorne sausage different to other varieties is that it has no casing and is made as a square.

A Lorne sausage is made from a combination of minced pork and beef mixed with rusk and spices.

Glamorgan sausages are typical Welsh sausages that are vegetarian, made from a mixture of cheese and leek and coated in breadcrumbs.

Traditionally, the type of cheese used is Caerphilly, mixed with shredded leek and then covered in an egg, breadcrumb and milk mixture. They are then fried.

This is a sausage from England that contains finely ground pork and sometimes beef and is bright red/pink in colour. Saveloy sausages are a favourite at many fish and chip shops across Britain.

Saveloys are heavily spiced and seasoned and are usually cooked by boiling or grilling them.

And yes, you can eat the skin of a saveloy!

Although there doesn’t seem to be a definitive answer to the origin of chipolatas (some sources suggest France, others Italy), they are consumed and enjoyed so much in the UK I have included them here.

Chipolatas are often used for pigs in blankets due to their thinner size and regularly served with an English Breakfast. They are also a good choice for putting in finger rolls to make hotdogs.

This German sausage has been around since the 13th century and is made from finely ground pork, beef, or veal with spices like nutmeg, pepper, ginger, and mace.

This Spanish-style sausage is usually made of pork but can also be made of chicken or turkey with paprika and garlic as the main ingredients. Its spicy and salty flavour comes from red wine vinegar or pimentón (smoked paprika).

A French white sausage that’s typically eaten cold on sandwiches in France; it can also be served hot as an entrée with vegetables such as carrots and onions cooked in butter until soft then mixed into the boudin blanc before serving over mashed potatoes sprinkled with parsley for garnish.

What about Scottish sausages with different spices. Best ever.

Ooh, I love the sound of them! I will add to this article and be sure to try some out! Thanks :) 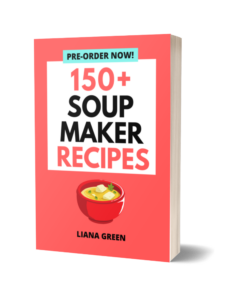